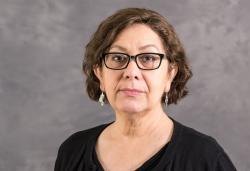 Maria C. Figueroa is Director of Labor and Policy Research at the Worker Institute, Cornell University-School of Industrial and Labor Relations. Maria's work has involved applied research and technical assistance in the area of low wage and contingent (or precarious) work. She has worked in several projects commissioned by unions, employer groups, government agencies, and private foundations. Maria has more than 25 years of experience in labor and industry research, having worked as a senior analyst and researcher for national and international organizations, including the Teamsters union and the United Nations.