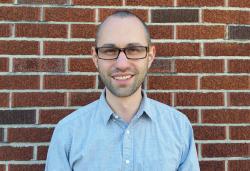 Eli Friedman has a PhD in sociology from the University of California, Berkeley and has been on the faculty of the ILR School since 2011. His primary areas of interest are China, development, education, social movements, urbanization, and work and labor. He is the author of "The Urbanization of People: The Politics of Development, Labor Markets, and Schooling in the Chinese City" (Columbia 2022) and "Insurgency Trap: Labor Politics in Postsocialist China" (Cornell 2014). His peer reviewed articles have appeared in ILR Review, Theory and Society, Development and Change, and China Quarterly, among others.

Eli teaches a variety of classes including The US-China Relationship: A Labor Perspective, Work and Labor in China, Workers in the City, and Empire of Migrants. He also co-teaches The Asian Century? The Rise of China and India, as well as Work, Labor, and Capital in the Global Economy. He regularly runs a PhD seminar on Labor Sociology.

Eli currently has two major research projects, the first of which looks at state responses to worker unrest in China and the development of labor relations institutions. The second project is a study of Chinese urbanization, with a particular focus on access to education for rural to urban migrants. He is also the faculty advisor for the Cornell Labor Action Tracker, which is an effort to capture data on a broader range of worker strikes and protests than is currently available.

I'm not sure if this belongs in this section, but I have been writing a book, tentatively titled "The China Question" with three co-authors, one academic and two activists. The book is intended as a primer for progressive labor and other activists on China, which we see as increasingly pressing given growing US-China hostility.

Selected Works is a service of BePress Publishing that helps readers follow a scholar's most current work. View Selected Works of Elias Friedman