For more than 70 years, the ILR Review has been at the forefront of publishing peer-reviewed research on work and employment relations. The Review, published by SAGE Publications, is part of the Cornell University ILR School, which is regarded as the leading academic institution focused on the world of work.

We are dedicated to international and interdisciplinary research that advances new theory, presents novel empirical work, and informs organizational and public policy.

Now accepting submissions for a special series on Work, Labor, and Employment Relations in the COVID-19 Era (PDF, 142 KB)

Now accepting submissions for a special series on Industry and Organization Studies, in partnership with the Industry Studies Association (ISA). (PDF, 206 KB) 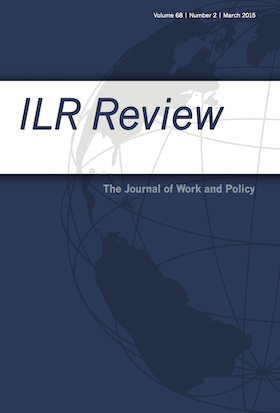