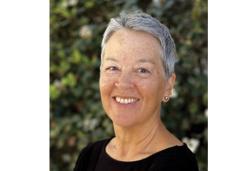 Maria Lorena Cook is Professor Emeritus of International and Comparative Labor at the School of Industrial and Labor Relations at Cornell University. She holds a Ph.D. in political science from the University of California, Berkeley. Her research has focused on labor rights and labor law reform in Latin America; labor unions and democratization in Mexico; transnational movements, trade, and regional integration; unauthorized migration and migrant advocacy; and comparative immigration policies.

Professor Cook has written widely on these topics and has authored and co-edited several books, including: The Politics of Labor Reform in Latin America: Between Flexibility and Rights (2007); Organizing Dissent: Unions, the State, and the Democratic Teachers' Movement in Mexico (1996); Working Through the Past: Labor and Authoritarian Legacies in Comparative Perspective (2015, co-editor); The Politics of Economic Restructuring: State-Society Relations and Regime Change in Mexico (1994, co-editor); and Regional Integration and Industrial Relations in North America (1994, co-editor).

Professor Cook’s research has taken her to Mexico, Brazil, Peru, Chile, Argentina, Bolivia, Australia, Spain, Portugal, and the U.S-Mexico border region. Her work has been funded by Mexico’s Consejo Nacional de Ciencia y Tecnología (CONACYT), the Ford Foundation, the Fulbright Foundation, and the British Academy, among others. She has been a Visiting Scholar at the Center for U.S.-Mexican Studies, UC San Diego; Georgetown University; University of Melbourne Law School; Leiden University; the University of Lisbon; and the Center for Comparative Immigration Studies at the University of California, San Diego.

Professor Cook was appointed to the National Advisory Committee on the North American Agreement for Labor Cooperation in 2000-2002 by US Secretary of Labor Alexis Herman. She has served as a consultant to several organizations, including the US Agency for International Development, the Bureau of International Labor Affairs at the US Department of Labor, and the School for International Training. Cook is also an editor for the Global Labour Journal and on the editorial boards of Work and Occupations, Revista de Derecho Laboral y Seguridad Social (Chile), and Revista Trabajo (Mexico).

As an ILR faculty member and faculty affiliate of both Latin American Studies and Latino/a Studies, Professor Cook taught undergraduate and graduate courses on labor movements and industrial relations in Latin America, Mexican politics, and international migration. She co-developed and co-taught “Migration in the Americas,” an engaged-learning course focusing on immigrant farmworkers in upstate New York. Cook received the ILR School’s MacIntyre Award for Exemplary Teaching in 2007, and in 2003-04 was recognized as Distinguished Faculty by the Cornell Institute for Public Affairs. She also served as Resident Director and Faculty-in-Residence for Cornell Abroad in Seville, Spain. Professor Cook was founding chair of ILR International Programs and led the faculty initiative to establish the Migration Studies Minor at Cornell.

Fluent in Spanish, Maria Lorena Cook grew up in southern California and Lima, Peru, and lived for extended periods in Mexico and Spain.