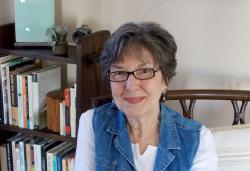 Lou Jean is also co-founder and current board chair of Partnership for the Public Good, a community-based think-tank with over 290 affiliated partners that works closely with Buffalo Co-Lab to give the nonprofit community and citizens a stronger voice in public policy. She was the first chair of the City of Buffalo Living Wage Commission.

A Cornell ILR extension faculty member since 1976, now emerita, Lou Jean formerly served ILR as statewide director of workforce, industry and economic development, founder and director of the Institute for Industry Studies, director of the Western Region, and director of labor programs. Lou Jean’s teaching and research fields are economic development, labor management relations, and public economic policy. Prior to joining the Cornell ILR faculty, she taught political science and political philosophy at the University at Buffalo and the University of Kentucky.

Lou Jean lives in Buffalo with her husband, Jack Williams, surrounded by a large family now including thirteen great grandchildren, making their commitment to a bright future for WNY both personal and professional.