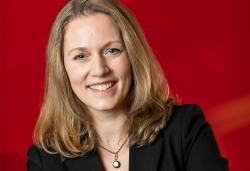 Professor Bohns received her PhD in Social Psychology from Columbia University and her AB in Psychology from Brown University. Prior to joining Cornell, she taught at the University of Toronto and the University of Waterloo in Canada. Her research focuses broadly on social influence and the psychology of compliance and consent. In particular, she examines the extent to which people recognize the influence they have over others in various interpersonal interactions, including when asking for help, suggesting that someone engage in unethical behavior, and making romantic advances. Some of her additional research interests include prosocial behavior, perspective-taking, and self-conscious emotions. Her research has been published in top academic journals in psychology (Psychological Science, Current Directions in Psychological Science), social psychology (Journal of Personality and Social Psychology, Journal of Experimental Social Psychology), management (Organization Science, Organizational Behavior and Human Decision Processes), and law (Yale Law Journal) and has been covered by media outlets such as The New York Times, The Wall Street Journal, The Economist, and NPR. Her popular press and business writing has appeared in publications such as The New York Times, The Hill, The Chicago Tribune, Business Insider, Salon, and Harvard Business Review. She is an associate editor at the Journal of Experimental Social Psychology, was previously editor of the social influence section of Social and Personality Psychology Compass, and sits on the editorial boards of the Journal of Personality and Social Psychology and Social Cognition. Professor Bohns teaches Introduction to Organizational Behavior (ILROB 1220), Morality at Work (ILROB 4760), and Negotiations (ILROB 5790).