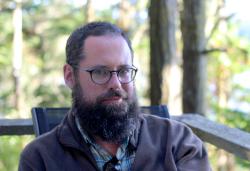 Ian Greer directs the ILR Ithaca Co-Lab and is a Research Professor. He carries out engaged research and teaching in Ithaca and the surrounding region. Before he moved to Ithaca he worked for nearly 10 years based in England, first as a Research Fellow at Leeds University and then as Professor of Comparative Employment Relations and Director of the Work and Employment Research Unit at the University of Greenwich. He has had visiting positions in Aix-en-Provence, Berlin, Cologne, Chemnitz, Jena, Paris, and Sydney.

He first encountered the world of work in summer jobs as field laborer, factory worker, and call center agent in Washington State. After undergraduate study at Bard College, he spent a year in Berlin on a Fulbright grant. Before coming to academia he worked for the Seattle Musicians Association, the Service Employees International Union Local 250, and the New England Regional Council of Carpenters. He completed his PhD at the ILR School in 2005. For more information click here: https://cornell.academia.edu/IanGreer.

He uses qualitative comparative methods to examine marketization and its effects in industrial relations and welfare states. His early work explored how German and US trade unions were coping with intensified price-based competition, through international solidarity, collective bargaining, coalitions with civil society, and organizing the unorganized. Over the years he has extended this line of questioning to examine the way that managers and policymakers stage competition across Europe, in multinational automakers, welfare-to-work schemes, social work, health care, ports, and music.