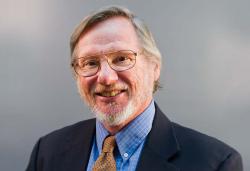 William Sonnenstuhl is an Associate Professor in the Department of Organizational Behavior and the Department of Extension. He received his Ph.D. in Sociology from New York University in 1983 and his M.A. in Sociology from the New York School for Social Research in 1971. Professor Sonnenstuhl teaches course in Organizational Behavior. These include: Cultures of Work Organizations, Organizations and Deviance, and Research Methods. He is also Associate Director of the ILR School's R. Brinkley Smithers Institute for Alcohol-Related Workplace Studies, where he conducts research on substance abuse and the workplace and education programs for labor and management.

My current research focuses on college drinking. My current book, The Misperception of College Drinking: Pluralistic Ignorance and Campus Life highlights that most students drink responsibly or not at all. In order to reach the minority of students who have drinking problems, student leaders must take the lead in educating their peers about what constitutes responsible drinking, teaching them to intervene with those who drink too much and get into trouble, and assist those in need of treatment to get it. This strategy may be used to change other misperceptions about campus life: hazing, mental health, diversity and inclusion, and sexual violence.