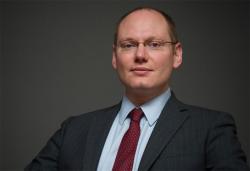 Louis Hyman is a historian of work and business at the ILR School of Cornell University, where he also directs the Institute for Workplace Studies in New York City. He has published two books on the history of personal debt (Debtor Nation and Borrow) and is currently completing a history of the rise of consultants, temps, freelancers, and day laborers in our businesses (to come out with Viking in 2018). A former Fulbright scholar and McKinsey associate, Hyman received his PhD in American history from Harvard University. He teaches the MOOC American Capitalism: A History through EdX and is the founding editor of the Columbia Studies in the History of U.S. Capitalism book series from Columbia University Press.

I teach courses in labor, business, and consumer history in both Ithaca and NYC.

Director of the Institute for Workplace Studies.