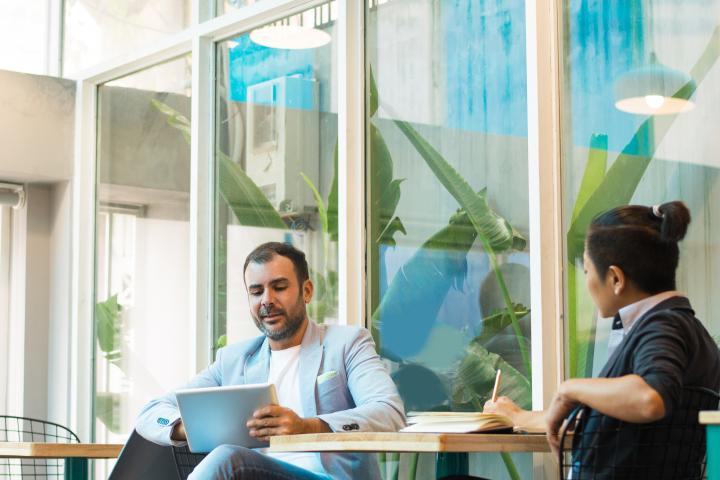 The June 2020 Update on How COVID-19’s Job Disruptions Vary by Gender, Race and Hispanic Ethnicity

The COVID-19 pandemic has disrupted the work of many U.S. workers and these effects are unequally distributed. This post looks at how those job disruptions have affected key groups, based on the June 2020 jobs report (that is, the Bureau of Labor Statistics’ Employment Situation news release).

Male and white workers continue to fare better than female, African American, Asian and Hispanic workers. By faring better, I mean both that fewer jobs have been disrupted and/or that more workers whose jobs have been disrupted retain a tie to an employer. Compared to a permanent layoff, a disruption that does not cut the tie between worker and employer has the potential to be reversed much more easily.

In April, I published a post about the monthly jobs reports and some indicators that measure job disruptions from COVID-19. By “job disruptions,” I mean any of the six ways that a worker’s labor market status might be affected by the pandemic—see the next section. I apply that approach to analyze the jobs reports for April, May and June. It may be helpful to read those posts as background. I present results by sex, race and ethnicity as for May in this post.

Since disruptions can take many forms, I track these indicators in the attached COVID-19 job disruption table:

For each category, I estimate the net number disrupted simply by the change in the number of workers since February. To get the overall share of workers’ jobs disrupted, I divide the sum of the job disruption types by the size of the labor force in February. So, the share would be close to zero if few workers moved into these states. And, it would be close to 100 percent of all workers had entered into one of these states since February. The first three types of disruptions maintain workers’ relationships with an employer, in contrast to the latter three. See here for why having a tie to your employer matters.

The table presents counts of the jobs disrupted in these six ways, for June compared to February. The total disrupted appear below the six types, both in number of workers and as a share of the labor force in February. The first column shows totals for all U.S. workers, while the others break up the total by gender and then by race and Hispanic ethnicity. The bars in Figure A show the share of the labor force with disrupted jobs in April, May and June. Note that I do not have standard errors for these estimates. The smaller differences, particularly for the smaller population segments, may be due to sampling error, so they will bear watching for their persistence.

Type of disruptions as of June

Figure B shows how each group’s job disruptions are distributed. The percentages shown also appear below the counts of workers in the table (in parentheses), that is, each type’s disruption as a share of all disruptions for the group. The disruptions that preserve the relationship between worker and employer are shown in shades of blue in Figure B. The other segments represent workers who will need new jobs to be reemployed. 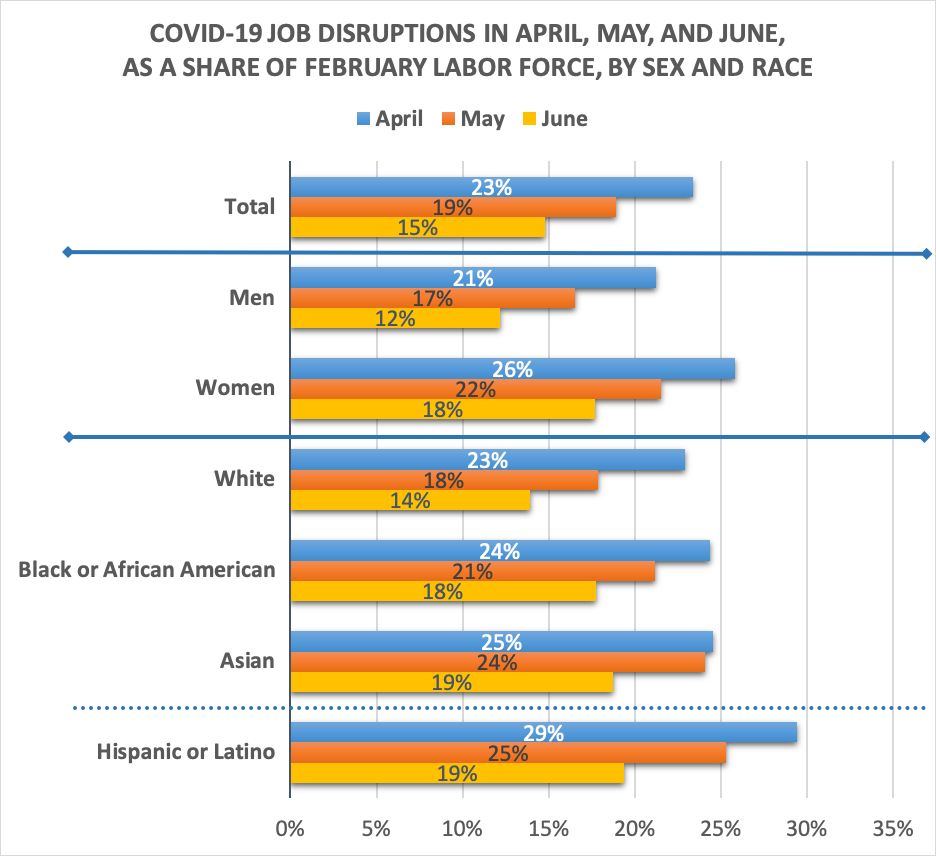