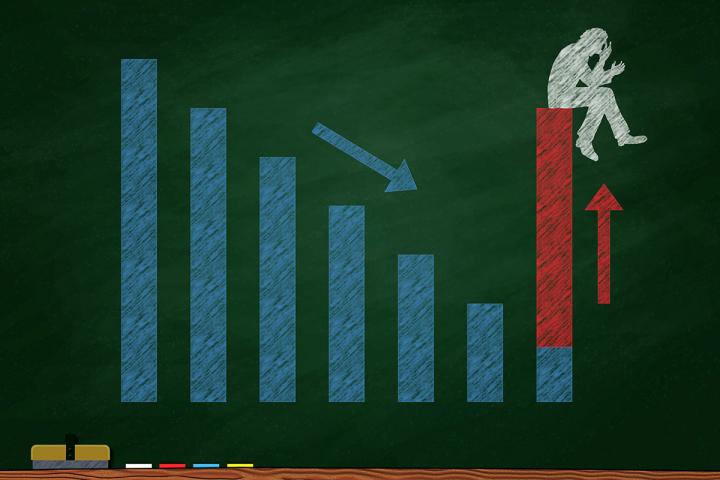 Eyes have been glued to the U.S. Department of Labor’s (DOL’s) Unemployment Insurance (UI) Data website for at least the past four weeks, as the nation continues to watch COVID-19 take its toll on workers and the economy. As we noted in previous coverage, the United States shattered its all-time weekly UI claims record during the third full week in March (week ending 21 March 2020). The previous record, achieved in the 1980s, was 695,000 weekly claims. By comparison, the record-setting third week in March 2020 saw more than 3.3 million workers claim UI benefits. That record, as we noted last week, was short-lived. Just one week later – the week ending 28 March 2020 – the total more than doubled, to nearly 6.9 million claims.

Since those back-to-back record-breaking weeks, the DOL has reported decreases in UI claims. Nationwide, UI claims dropped to 6.6 million, or by about 4%, between 28 March and 4 April 2020. Today, the DOL is reporting a much more meaningful drop. Specifically, initial UI claims for the week ending 11 April 2020 numbered just under 5.25 million, a 21% decline from the previous week. Yet, while that sizeable decrease is a step in the right direction, it should not be taken to mean that economic recovery is around the corner. The 5.25 million total UI claims from the past week is still around twenty times higher than the 282,000 claims from the week before claims began to experience coronavirus-related spikes (the week ending 14 March 2020).

The magnitude of the crisis therefore remains alarmingly high, and every effort must continue to be made to support affected workers. This reality is particularly true in New York State, where – despite following the national trend and seeing a dip in UI claims from the end of March to the first week in April – UI claims have again reached record levels. As summarized in the table below, today’s DOL data release shows that nearly 396,000 UI claims were made in New York for the week ending 11 April 2020 – the highest number yet on record. Put another way, New York experienced a 15% jump in week-to-week UI claims during the same interval that the U.S. as a whole saw a 21% drop in claims. Similar to COVID-19’s uneven impacts on state’s populations, it is clear that the pandemic is affecting state economies with different levels of force – and New York continues to be among the hardest hit in both categories. 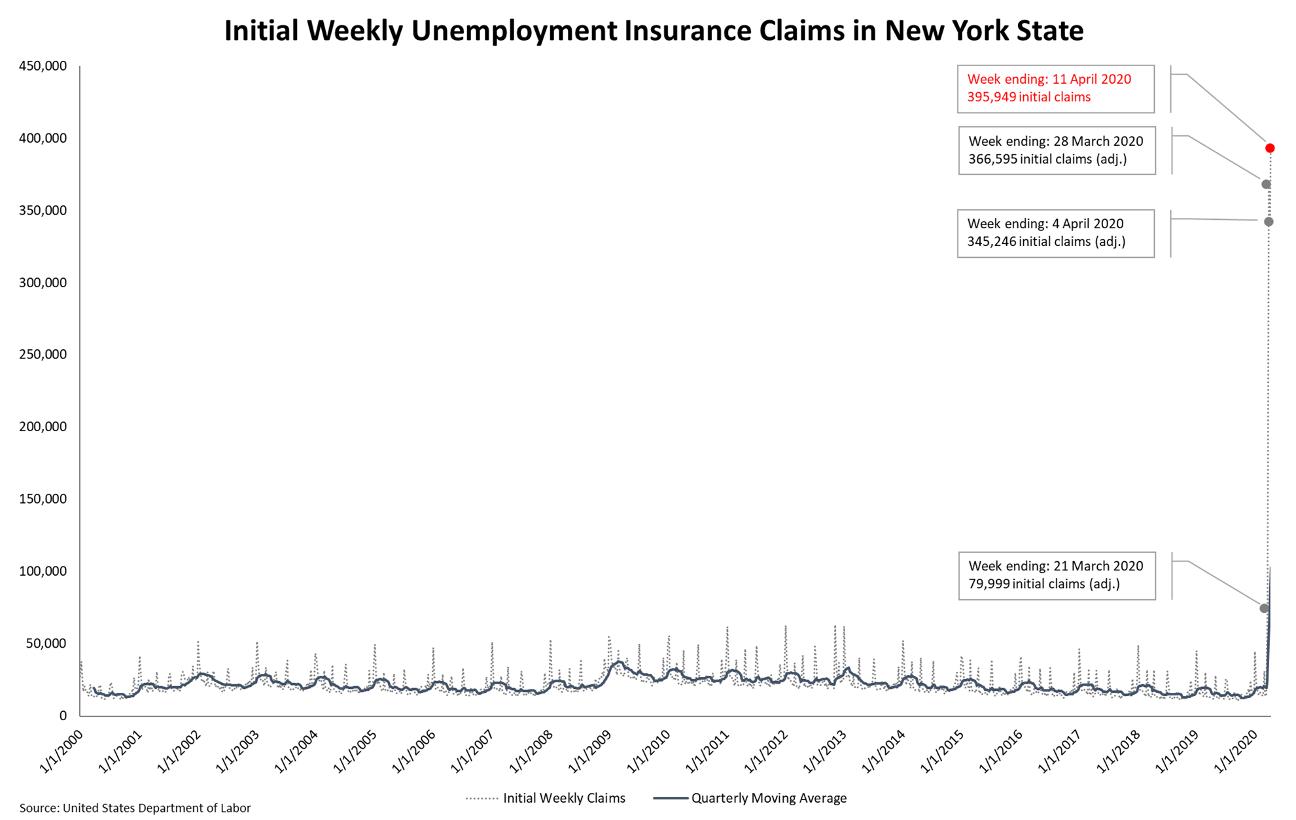