The Ideological Foundations of the Mobilization of the Unemployed 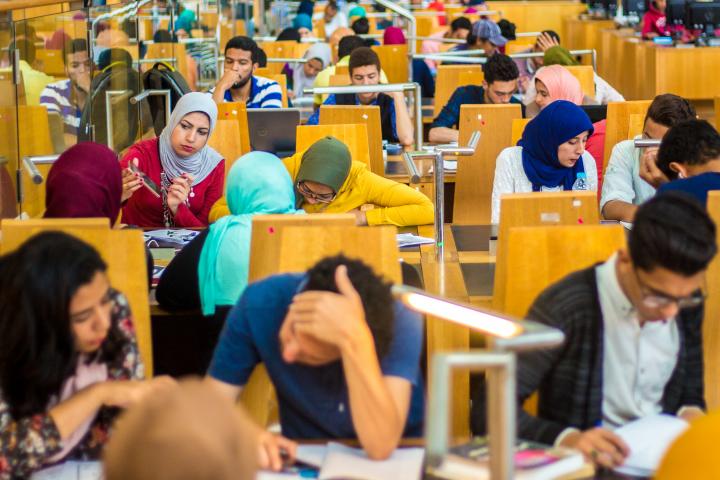 In new research, Assistant Professor Dina Bishara studies the emergence of collective associations of unemployed university graduates in the Middle East and North Africa to explore why such associations emerged in some countries, but not others.

“The mobilization of the unemployed constitutes an important puzzle for scholars of collective action,” Bishara said. “Especially given the lack of a cohesive identity or the lack of resources among the unemployed.”

Bishara’s article “Precarious Collective Action: Unemployed Graduates Associations in the Middle East and North Africa” was published in the April edition of Comparative Politics, an international journal that publishes scholarly articles devoted to the comparative analysis of political institutions and behavior.

In the article, Bishara conducts a comparative analysis of three countries – Egypt, Tunisia and Morocco.

The three countries have relatively similar levels of grievances around educated unemployment, as well as similarly restrictive political environments at the time these associations emerged in the 1990s and 2000s. However, there is a variation with Tunisia and Morocco seeing the emergence of unemployed graduates' associations, while Egypt did not.

“I argue that this variation is largely explained through the presence of an ideologically conducive foundation for mobilization that allowed activists to develop collective actions frames according to which employment, especially in the public sector, was perceived as a right to be upheld by the state,” Bishara said.

For her research, Bishara conducted fieldwork in Egypt (May 2018), Morocco (July-August 2017), and Tunisia (May 2017), including interviews with 25 current and former members of associations for unemployed people, unionists, members of civil society organizations, as well as academics and analysts. In Morocco and Tunisia, she also conducted research in economically marginalized regions, where unemployment rates are particularly high. In Tunisia, she conducted research in Redeyef, a town in the mining basin and home to the first local initiative to organize unemployed graduates.

Bishara’s findings indicate that conventional arguments about grievances and opportunities do not sufficiently account for variation in the emergence of unemployed graduates’ association in the three countries.

She found that in Egypt, Islamists dominated student activism at the height of grievances around graduate unemployment, while both Morocco and Tunisia featured strong traditions of leftist student activism.

The findings have important implications for three broader research programs in comparative politics, Bishara said. First, they advance research on the mobilization of the unemployed and social movements more broadly. Second, they add to scholarship on contentious politics under authoritarian rule by enriching the understanding of grassroots efforts to establish collective organizations independent of state control. Finally, they contribute to ongoing debates on the relationship between cohort factors, such age and unemployment, and protest activity or collective action by enhancing our understanding of the conditions under which unemployed university graduates establish collective associations.