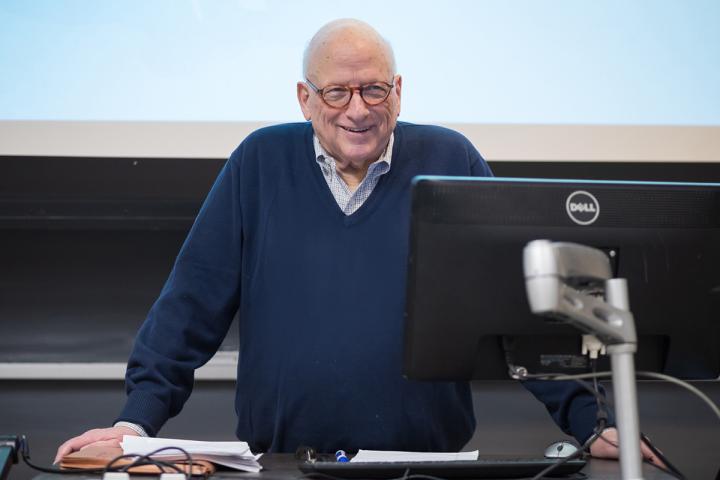 David B. Lipsky ’61, a renowned conflict resolution, negotiation and collective bargaining scholar, a former dean of the ILR School and the founding director of the Scheinman Institute, died Jan. 17 in Ithaca. He was 83.

Professor emeritus of industrial and labor relations and the Anne Evans Estabrook Professor of Conflict Resolution, Lipsky had been a member of the ILR and Cornell communities since 1958, when he transferred from Lehigh University to ILR as a sophomore.

As dean from 1988 to 1997, Lipsky oversaw construction of ILR’s Catherwood Library and new classrooms, and the renovation of Ives Hall West. He also strengthened the school's relations with its alumni and undertook a series of important faculty hires that brought new global perspectives to ILR’s research and teaching. His 50 years of service on the faculty bridged the era of the founding generation of faculty who established the ILR School and its development into an applied social science college with a multi-disciplinary focus on the world of work, labor and employment, a transformation that he played a central role in driving forward.

"David Lipsky was a deeply committed scholar, but also someone who believed in building institutions and strengthening academic community. He was a generous mentor and supporter to generations of students and faculty colleagues for over half a century," said Alexander Colvin, Ph.D. ’99, ILR’s Kenneth F. Kahn ’69 Dean and Martin F. Scheinman ’75, M.S. ’76, Professor of Conflict Resolution.

Samuel Bacharach, director of ILR’s Smithers Institute and the McKelvey-Grant Professor Emeritus, said, “David was a transformational leader who helped accelerate ILR’s growth from a school where classes were taught in Quonset huts to the premier institution it is today.”

Lipsky’s legendary commitment to students date to his days as an ILR student, Bacharach said. “David knew what it was like to be a student here, with all of its discomforts, challenges and joys. He understood.”

Lipsky received his doctorate in economics at the Massachusetts Institute of Technology in 1967 and held his first teaching post at the State University of New York at Buffalo before joining the ILR faculty in 1969.

An internationally recognized leader in his fields who continued to publish research until 2019, Lipsky served as the president of the Labor and Employment Relations Association and was the recipient of lifetime achievement awards from that organization and from the American College of Civil Trial Mediators. 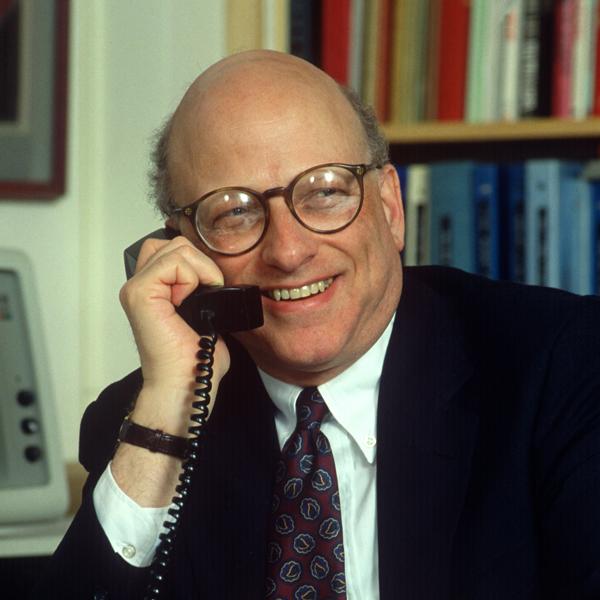 He was among the inaugural group of fellows honored by the National Academy of Human Resources and a winner of the Groat Award, ILR’s highest alumni honor. A winner of a Weiss Fellowship for undergraduate teaching, Lipsky taught his last class in December 2018.

He was passionate about teaching and guiding students as they pursued their class assignments, graduate degrees, careers and leadership roles in diverse professions.

“Dave was a mentor, role model and close friend to so many of us. There is not a single aspect of how I teach, conduct research, or anything else I do as an academic that has not been profoundly influenced by what I learned firsthand from Dave. I consider myself very lucky to have learned from the very best,” said Ariel Avgar, ILR’s David M. Cohen ’73 Professor of Labor Relations and ILR’s senior associate dean for outreach and sponsored research.

For years, students lined up outside of Lipsky’s office, where he often met with them until 8 p.m. Alexandra “Sandy” Lipsky, his wife, lovingly joked that she was tempted to call the Cornell Police Department to drive him home to Belle Sherman, the Ithaca neighborhood where they lived for more than 50 years.

Kelly Pike, Ph.D. ’14, a York University associate professor, said, “Dave went above and beyond not just to ‘make time’ for his students but to make us feel like we truly belonged in ILR. He encouraged independent study, but also looped us into exciting projects. He always had time to listen to stories, whether they were from the classroom, international fieldwork or life in general. He was eager to learn from us.”

“In my role today as a tenured professor, whenever I find myself feeling just a little too busy to respond to a student or set up that extra meeting, I remember how open, warm and affirming Dave was, and it’s always a humble reminder to just make that time. It is always so deeply rewarding in the end,” Pike said.

Lipsky never stopped cheering for his beloved alma mater (or the Buffalo Bills), and was quick to provide historical references about ILR, sharing some of them in a 2020 conversation with Dean Colvin and in a 2015 panel discussion.

As an undergraduate, he took classes from one of the school’s founders, Professor Maurice Neufeld, who Lipsky credited with setting his standard for accessibility to students. Neufeld and his wife, Hinda Neufeld, became close personal friends and mentors of the Lipskys, who loved classic movies and vacations in Maine and the Berkshires.

Lipsky often spoke of his hometown, Bethlehem, Pa., where he and Sandy, who died in 2020, started dating in high school and where he learned the art of negotiation working alongside his father in his haberdashery, Ray’s Men’s Shop.

"I waited on customers, it was a major part of my education,” he said in a 2013 interview. “My father was a good tutor … the way you sold was being of maximum service to the customer ... Those were formative experiences that carried over and served me well."

"There is a kind of connection between being in the retail business, dealing with customers, and then dealing with students. That relationship is so important."

Former students were reminded of that on Monday, as generations of ILRies reached out to one another to share tributes. “Clearly, Professor Lipsky touched the lives of hundreds of students the same way that he touched mine,” David M. Cohen ’73 said. When he and his wife, Abby Joseph Cohen ’73, endowed an ILR professorship in labor relations in 2022, Cohen said Lipsky set him on a career path as a negotiator and chief labor counsel.

Memories of Lipsky, survived by family and friends, can be shared on this remembrance page.

Calling hours at the Bangs Funeral Home in Ithaca begin at 10 a.m. on Friday, Jan. 20, with remarks at noon. A celebration of life event, planned by the ILR School will be held in the spring.

In lieu of flowers, please consider a donation to the David Lipsky Student Activities Fund at the ILR School.