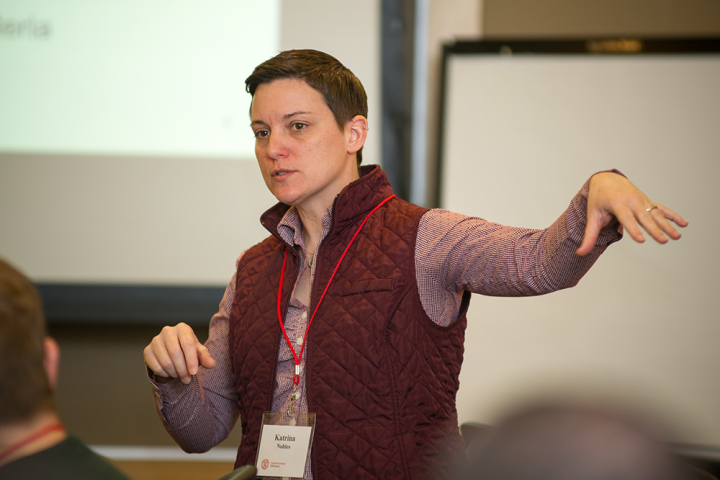 That economy revolved around the white working class, but 75 years later, worker demographics shifted dramatically to include many more people of color and women. The nation’s arbitrators – primarily white men in their mid-70s – no longer reflect American workplace demographics.

The Scheinman Institute, which trains more students in arbitration and mediation than any school in America, is taking a leadership role in helping diversity a profession that is 94 percent white and 79 percent male.

“The workforce is increasingly people of color, so more cases are about people of color. Arbitrators who are demographically similar to workers have more insight into those conflicts and resolutions,” said Harry Katz, Scheinman director and the ILR School’s Jack Sheinkman Professor of Collective Bargaining. In this video, he discusses how the Scheinman Institute works to improve diversity in the alternative dispute resolution field.

In May, the institute will form the third cohort of its Labor Arbitration Development Program. The 15-month program helps people prepare for arbitration careers with the help of established arbitrators who provide coaching and invite students to shadow them at arbitrations.

“Getting your first couple of cases is the toughest part” of launching an arbitrator career, Katz said. “We’re going to work hard to get people placed in early experiences that will help them develop their careers.”

The institute is hoping for a 20-person class for its third cohort of the arbitrator development program. Partially online, it includes three week-long in-person sessions – two in New York City and one in Washington, D.C. Instructors include Sarah Miller Espinosa ’95, who became an arbitrator after completing the development program, Katrina Nobles and Ellen Gallin Procida.

Applicants must have some labor-management experience to qualify for the program. Many candidates have legal, unknown and human resources backgrounds.

The bread-and-butter work of arbitrators revolves around disciplinary matters such as suspensions and terminations, Katz said. Arbitrators run hearings and write binding decisions, unlike mediators, who attempt to bring parties together, but don’t have the authority to issue decisions.

Arbitrators typically charge between $1,500 and $4,000 daily; some are full-time arbitrators, and some do it part-time, Katz said.

In addition to the Labor Arbitrator Development Program, the Scheinman Institute is leading a research study funded by the National Academy of Arbitrators assessing the evolving roles that arbitrators and mediators play in workplace conflict resolution and the demographic profile of neutrals. More than 200 arbitrators provided input; findings are slated to be published in early 2023.

On April 20-21, the Scheinman Institute will host a conference in New York City to identify steps for producing a diverse next generation of workplace neutrals. That conference will focus on efforts to recruit and train a next generation and help those individuals start hearing cases. A follow-up conference to assess progress and develop ways to help the next generation sustain their careers will be held in late 2023 or in 2024, Katz said.

The ILR School has a long history of helping to diversify the arbitration field. In 1947, Jean McKelvey was the first woman admitted to the National Academy of Arbitrators. In 1970, she was elected as its first woman president.