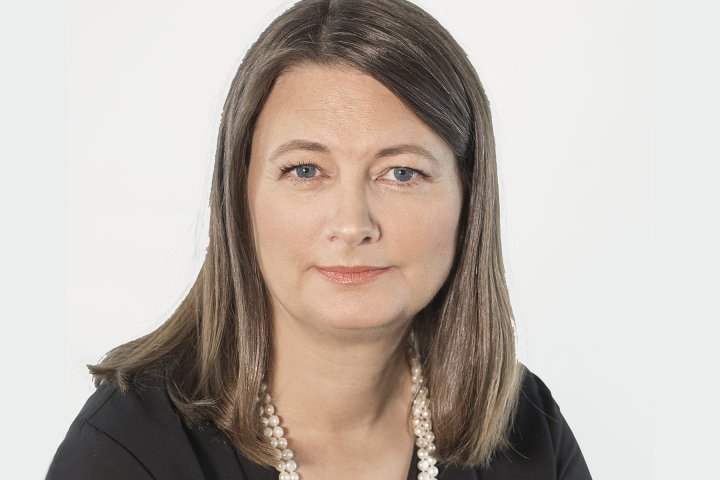 After a successful career as an attorney on both sides of the bargaining table and as an HR vice president at a college, Sarah Miller Espinosa ’95 knew exactly what she wanted next.

She wanted to be a labor arbitrator.

But, “It’s a pretty tall hill to climb,” Espinosa said.

“That first initial hurdle is pretty huge. Management and the union have to agree on who they take on. Parties pick people they know, so it makes it difficult for new people to break in.”

She turned to the Scheinman Institute on Conflict Resolution to climb the hill. The institute’s second cohort of its Labor Arbitrator Development Program was forming. Espinosa joined, establishing a trajectory that has launched her arbitration career.

“The program gave me a base of knowledge to be a strong arbitrator, including how to run a hearing. The cohort faculty were well-respected arbitrators who provided invaluable guidance," she said.

"The program also required us to shadow established arbitrators and draft decisions. I found my mentor through the program. He was invaluable in helping me enhance my skills and also in introducing me to the advocates who pick you for arbitrations.”

Professor Homer La Rue, Law ’74, MILR ’75, president of the National Academy of Arbitrators and a Howard University School of Law faculty member, became Espinosa’s mentor after she shadowed him for the program.

Espinosa said the arbitrator training helped qualify her in the eyes of potential clients, who thought, “she’s been through the Scheinman program, that means something.”

After completing the program, she was off and running. In 2020, Espinosa was admitted to the national academy. The minimum requirements for membership are five years of practice and the equivalent of 60 decisions issued.

“I feel privileged to do this work, it’s incredible. You have the opportunity to help people resolve disputes. And, it’s fascinating. I love going to hearings and learning about people’s workplaces, how industries operate and what people are producing,” said Espinosa, based in northern Virginia.

Her cohort continues to be a sounding board.

“You’re by yourself as a neutral, you work alone. To have a group you can count on to not only talk through issues, but to talk about where they are in their career is pretty invaluable. There are a number of people from my cohort that I’m in regular contact with,” she said.

Espinosa has returned again to Cornell, this time to teach in the third cohort of the Scheinman Institute’s Labor Arbitrator Development Program, which starts in summer 2023.

It strives to help diversify a profession of predominantly white men whose average age is in the mid-70s.

Arbitrators of color comprise 6% of the national academy and women comprise 21%.

The Scheinman Institute’s national Labor Arbitrator Development Program is partially online, and includes three week-long, in-person sessions – two in New York City and one in Washington, D.C. – and a substantial amount of personal coaching and mentoring with experienced arbitrators

“To have the chance to help others achieve their goal of becoming a labor arbitrator is such meaningful work," Espinosa said. "Hopefully, this next generation of neutrals will reflect the diversity of the workforce.”