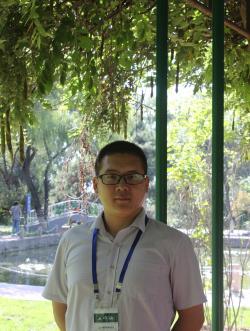 Xuewei Dou is an Assistant Professor in the School of Labor Relations and Human Resources at China University of Labor Relations (CULR). He earned a Ph.D. in Sociology from Tsinghua University, Beijing in 2016. His dissertation research, “Appealing and Intervening: The Power of Sanitation Worker,” systemically examined sanitation workers’ resistances in Guangzhou. Based on the observation of sanitation workers’ strike waves in Guangzhou from 2012 to 2014, Dou found that, although devoid of both formal and informal organizational resources, Chinese sanitation workers were capable of organizing and staging protests against subcontract employers and the local state. He argued that two kinds of power from civil society were crucial for sanitation worker organizing - appealing power and intervening power. Appealing power means that the sanitation workers can seek and obtain the support from civil society, whereas intervening power suggests that workers need assistance from labor NGOs and college student activists. After obtaining his Ph.D., Dou continues to research the issues on labor resistance and solidarity building in the context of China engaging in the global economy. He also focuses on the local trade union reform in China, as well as the impact of platform economy on work and labor relations.

While at ILR, Xuewei Dou is conducting a study on worker empowerment from the perspective of knowledge. He plans to examine the most important experiences of grassroots labor NGOs over the past decade in China – an issue that has not yet been systematically explored. Although this project is based on the Chinese cases, it engages the current discussion of precarious labor organizing. Over the past few decades, labor has been weakened across many countries. Then, how could workers have the power to protect their livelihood and communities? He focuses on the perspective of knowledge learning and knowledge transfer, both of which relied on active knowledge translators.