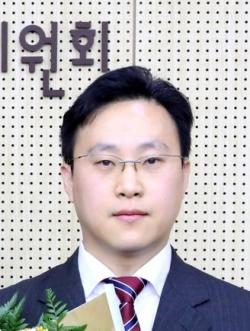 Won Seok Choi, CRC, ACSW, is a Ph.D. candidate at Korea University (South Korea). He is the president of the board of employment promotion at Korea University, an advisor for the Center for People with Disabilities, and he has been working as a government official for the National Human Rights Commission of Korea (NHRCK).  He has also worked as a government official in the Korean Employment Agency for People with Disabilities and as an adjunct professor in special education for the Graduate School of Education at Pyeongtaek University (South Korea).

Won Seok intends to research various laws, policies, and systems for the elimination of discrimination and promotion in employment at the Yang-Tan Institute (YTI), School of Industrial and Labor Relations, Cornell University.

In addition to these and other research projects, he will submit a national report on the implementation of the Convention on the Rights of Persons with Disabilities to the United Nations in 2019.