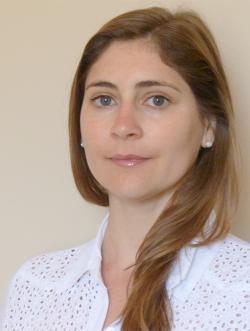 Mariana Viollaz completed her Ph.D. in Economics from the Universidad Nacional de La Plata (UNLP), Argentina. She is a Senior Researcher at the Center for Distributive, Labor and Social Studies (CEDLAS) at UNLP which specializes in the development of empirical evidence based on micro-data from household surveys of Latin American countries.

Viollaz has been a teaching assistant at the graduate and undergraduate level for Labor Economics, Advanced Econometrics and Econometrics at UNLP. Her research is focused on labor and development economics in Latin America and the Caribbean, with a special emphasis on informality in the labor market. She has participated in several institutional reports and her research has been published in the Journal of Economic Inequality, CEPAL Review and in the CEDLAS and the World Bank’s Working Papers series.

At ILR she will be working on a joint project between Cornell University and CEDLAS regarding the growth-employment-poverty nexus for the Latin American region during the 2000s. The investigation has two main questions. First, how economic growth resulted in economic development via improved labor market conditions in Latin America in the 2000s. Second, how these improvements halted or reversed since the international economic crisis of 2008. The resulting analysis will be the first systematic investigation of the growth-employment-poverty nexus for a developing region with a unified methodological approach based on comparable data between countries over time.