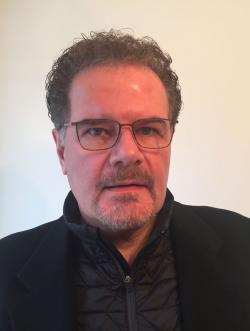 Antonio Rodrigues de Freitas, Jr., is currently an Associate Professor at the University of São Paulo (USP), Faculty of Law (FDUSP), where he lectures and researches with an emphasis on Labor & Employment Law, Human Rights, Social Protection of Migrants, and Alternative Dispute Resolution. He holds a Law Degree (LL.B., 1981), Master’s in Labor Law (1987), and Doctorate (1992) from FDUSP. He has also lectured or conducted research abroad at places such as the Universities of Shinshu -  Matsumoto (Japan) and Tokyo (Japan), Modena - ADAPT (Italy), Coimbra (Portugal), Bari (Italy), Andalucía - La Rabida (Spain), and at the Research Committee on Sociology of Law ISA - Oñati (Spain). Former Brazilian National Secretary of Justice (2002) and former Attorney General of the São Paulo City Council (from 1998 to 2003), Freitas held the rotary presidency of the Mercosur Technical Group during the 2002 Salvador Meeting that defined the proposal for the 2002 Mercosur Residence Agreement. Freitas also joined the Ministry of Labor and Employment Technical Commission that put forth the proposal for legal action and for a Constitutional Amendment towards reforming the Brazilian corporatist industrial relations system (2003). Apart from his academic activities, Freitas is currently serving as legal consultant for clients such as workers unions and NGOs.

During his stay at Cornell ILR, he intends to conduct comparative research on the impact of the increasing on-demand services, especially those intermediated by apps, on the labor and employment legal system that prevail among ILO members since the last century. Like other countries with a semi-peripheral economy, Brazil experiences an intense and unresolved legal debate on this subject, apparently very similar to the one we can observe taking place in core economies. By contrasting both, semi-peripheral and core economy legal environments, his research aims at reviewing and summarizing the debate held until now, as well as identifying possible innovative strategies for regulatory policies, focusing on the protection of labor rights in combination with the improvement of economic productivity and competitiveness.

Saskia Boumans is writing her dissertation at the Labour Law and Industrial Relations Research Department (AIAS-HSI) of the University of Amsterdam, The Netherlands.