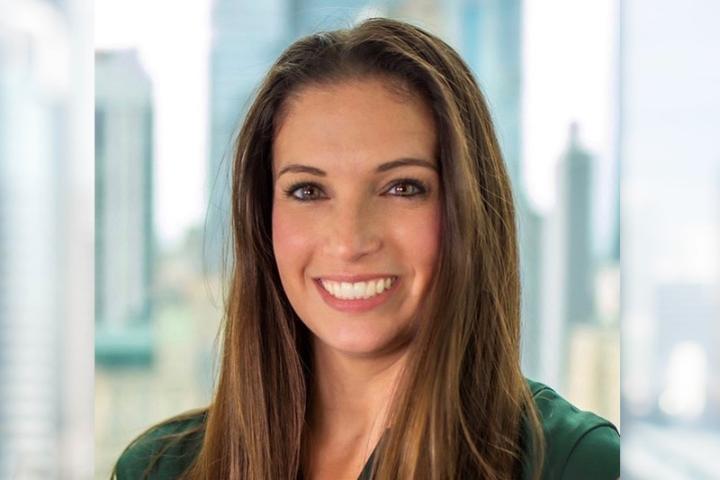 Jackie Czaplinski, EMHRM ’18, lead talent partner for the Google Cloud Organization, is an admitted data nerd with a passion for talent.

She further honed those disparate—yet complementary—skill sets through the ILR School’s Executive Master of Human Resource Management program, which she describes as “an absolutely life changing experience.”

“It was everything I could have asked for,” she says. “Most importantly, it allowed me to live in Connecticut, do my job and be a mom to my two sons without interruption.”

A perpetual learner, Czaplinski was “blown away by the humility and empathetic nature” of ILR’s professors.

Among them was Associate Professor Chris Collins, who taught her to consider relationship and power dynamics. “I approach things so much differently now,” she says. “The program sharpened my emotional intelligence. It made me a more influential consultant.”

When Czaplinski started the program, she was a senior talent development consultant at Aetna, where she had spent the first 15 years of her career—beginning in IT and then shifting to career development roles within human resources.

Czaplinski put lessons learned in the data analytics class of Professor John Hausknecht into practice during her first weeks at Morgan Stanley, when she was asked to “fix” an attrition problem at the company. She sought out key pieces of data to discern trends in length of tenure, location and leadership.

“Professor Hausknecht always reminded us that correlation is not causation,” she says. “He made me realize that human complexity is made up of multiple data points.”

In 2021, Czaplinski joined Google, where she works to bring HR data together across functions to inform hiring, promotion and lateral moves worldwide. “Decisions like these are symbiotic,” she says. “If we don’t look at reports collectively, we might miss the whole picture.”

Within the next few years, she hopes to build an analytics arm into Google’s talent advisory function.

Reflecting on her ILR experience, Czaplinski says she particularly valued the on-campus residencies, where “you get to know people on a deeply personal level. We were such a diverse class,” she says. “We represented every slice of life you could imagine, and we got along fantastic.

“It was a perfect mix. We worked hard while we were there. But they gave us the time to bond as a cohort—to feel that we had a trusted network when the program ended.”

Members have stayed in touch and have relied on each other for support throughout the pandemic.

“From the moment I stepped on campus to the moment I graduated to four years post-graduation, I've felt every bit a Cornell alum,” Czaplinski says. “You become a part of this very special community, and you feel so grateful for the opportunity, so lucky to be a part of it.”