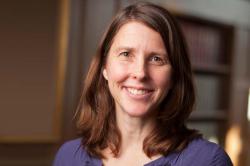 According to a study looking at the initial impact of new federal regulations by researchers at the K. Lisa Yang and Hock E. Tan Institute on Employment and Disability, employers are setting and measuring targets around disability employment, as well as implementing and expanding practices to recruit, hire and retain workers with disabilities.

In 2014, new regulations related to the implementation of Section 503 of the Rehabilitation Act of 1973 went into effect. They set new requirements for federal contractors and subcontractors related to non-discrimination and affirmative action in the employment of qualified individuals with disabilities.

Under these regulations, employers who are federal contractors are required, for the first time, to collect data on disability by inviting applicants and employees to self-identify as a person with a disability. Employers are also encouraged to meet a goal of having seven percent of each job group made up of individuals with disabilities, or in the case of a small employer, seven percent of the workforce.

The survey is part of a larger project funded by a $249,999 grant from the U.S. Department of Labor. The research team surveyed human resources and compliance professionals at 235 organizations last September and October about their organization’s response to the requirements.

The regulations seem to be having an important effect, concluded researchers Sarah von Schrader and Susanne Bruyère.

The study’s lead author, von Schrader, noted that “the results are very encouraging -- federal contractors are setting goals around disability and changing their practices in response to the recent regulations. It is still early, but collecting and reviewing data on disability representation can help employers evaluate progress toward goals and improve their practices.”

Getting employees and applicants to self-identify was clearly a challenge, with most organizations reporting very low response rates to self-identification surveys. While 15 percent of respondents indicated that they had met the seven percent goal, many more had self-identifications rates of less than two percent. Survey respondents indicated difficulty in getting employees to identify as having a disability, citing trust as an issue.

According to von Schrader, “for the employee or applicant, there is no real benefit to self-identifying, and many individuals with a disability are concerned about disclosing disability-related information to an employer. That is why it is critical that messaging around self-identification is clear about purpose and confidentiality.”

“Despite challenges with implementation, contractors are responding to the regulatory changes by implementing disability inclusive policies and practices, and many believe that these efforts will increase the employment of individuals with disabilities in their organizations — the ultimate objective of these Section 503 regulations,” the survey authors wrote.