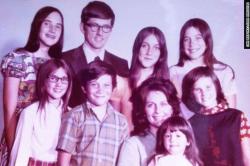 Two ILR professors are lending expertise to "The Seventies," a CNN program continuing through July.

Exploring the politics, culture and historic events of the 1970s, and co-produced by actor Tom Hanks, the show’s lineup includes:

In Los Angeles and New York City, Cowie was taped on interview topics ranging from Watergate to changes in rock and roll to his book Stayin’ Alive: The 1970s and the Last Days of the Working Class.

Cowie talked about the American presidency in the 1970s -- including his thoughts and research on Presidents Richard Nixon, Gerald Ford and Jimmy Carter with particular emphasis on Carter’s famous “Crisis of Confidence” speech.

Producers also interviewed Cowie regarding transformations in television toward more topical and politically charged comedies such as “All in the Family” and “M*A*S*H.”

Changes in occupational life and gender relations after Title IX, and the politics of the Equal Rights Amendment, were also discussed by Cowie. He is slated to appear in   episodes entitled “The United States vs. Nixon,” “The State of the Union is Not Good,” “Battle of the Sexes” and “What's Goin' On.”

"It was a fascinating experience," Cowie explained, “getting to see and be part of a big production like this.”

“Even though I wrote a book about the 1970s, the interviewers kept me on my toes, often asking questions that forced me to dig deep into my memory about the events of the decade."

Elias, who is working on a book manuscript about the changing nature of feminism in the 1970s workplace, is expected to appear on "Battle of the Sexes.”

She talked with producers in New York City regarding the political, legal and social landscape for women.  “Changing gender roles affected women’s experiences in the public and private spheres, and ultimately many women gained new opportunities in the ’70s,” Elias said.

Elias was also filmed discussing the implementation of federal equal employment opportunity law in the workplace, the economic and social impact of the spread of the birth control pill, and the political and social battle for the Equal Rights Amendment.

Producers told Elias she was the youngest person interviewed for the series. As a scholar, this was her first media appearance. “The producers were terrific and helped me to feel comfortable as if I was just chatting with them.  And I was impressed with their knowledge on the subjects we discussed,” she said.

Elias returns to New York City on Wednesday to participate in a discussion at the Museum of Sex about the “Battle of the Sexes” episode.