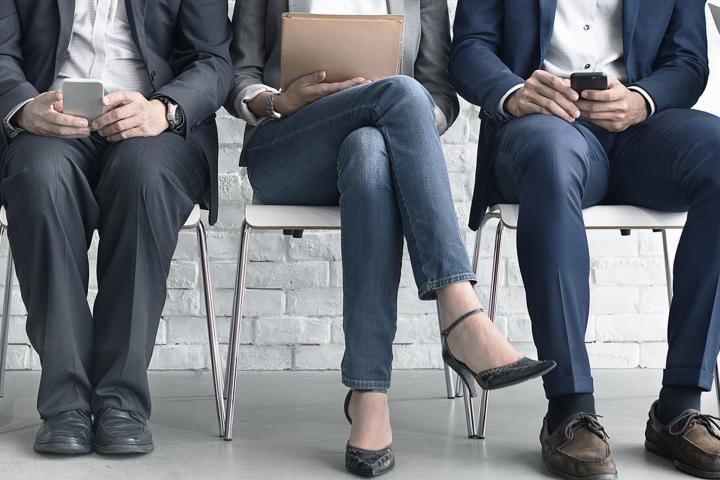 Many professional advancement opportunities – jobs, promotions, trainings and mentorships – are filled through informal recruitment practices. But, these practices pose an unintended barrier to gender diversity in male-dominant domains because when hiring managers consult their “mental Rolodex,” they are more likely to associate certain jobs with specific genders.

“Our research investigates informal short lists,” Lucas said. “These are the initial shortlists that hiring managers generate on their own and bring with them into the formal recruitment process. Or for positions with no formal process, the informal list is the final list. My ILR colleague JR Keller’s research shows that is frequently the case with internal hiring.”

In “A longer shortlist increases the consideration of female candidates in male-dominant domains,” published in January by Nature Human Behaviour, Lucas and his co-authors – ILR doctoral candidate  Zachariah Berry, M.S. ’20, Laura Giurge of the London School of Business and Dolly Chugh of New York University, report on their 10 studies asking individuals to generate an informal short list of candidates for a male-dominant role and then asked them to extend the list.

The study also integrates insights from Lucas’ previous research on the creative cliff illusion,  which finds that as people generate more ideas, their ideas increasingly deviate from the status quo. In that research, Lucas found that people who brainstorm for longer, versus shorter, periods of time generate ideas that are more creative. In professional roles with a dominant gender prototype, making a longer shortlist may increase the likelihood of listing female candidates that deviate from the male-gendered status quo.

In all 10 studies, the researchers found evidence of the longer short list effect: For a position in a male-dominant domain, more female candidates were included on the extended short lists in each instance. Across studies, making the short list longer – in most instances that meant expanding the list from three to six candidates – increased the ratio of women-to-men from 1-in-5.5 in the initial list, to 1-in-4 in the extended list (or from 15% to 20% female candidates).

“It is important to elucidate the barriers to gender equity at all stages of the professional advancement pathway,” said Lucas. “Our research shines a light on the gender biases that can operate at the informal shortlist generation stage and offers a simple and low-cost way to attenuate the gender bias.”