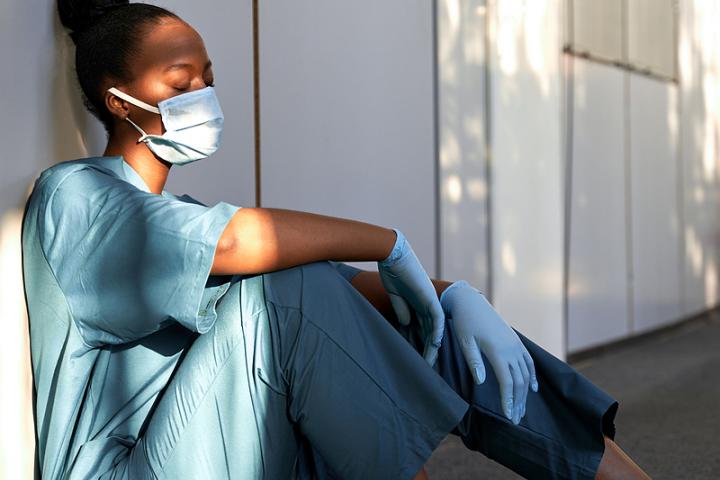 Women are the backbone of the frontline direct care workforce, yet confront challenges accessing the care they need for themselves and their families, according to a new report published by ILR’s Worker Institute.

Using data from the Just Recovery Survey, the Worker Institute team of Sanjay Pinto, Patricia Campos-Medina and KC Wagner, along with Rakeen Mabud, managing director of policy and research and chief economist at the Groundwork Collaborative, found that frontline workers were more likely to report losing income during the pandemic, fear employer retaliation for reporting unsafe conditions and report not being able to afford health care if seriously ill.

Their report, “Seizing the Moment to Make our Care Systems more Equitable,” provides analysis of the economic impact of the pandemic on women workers. Using an equity lens, the report reinforces key principles that should guide public investment in childcare, long-term care, and healthcare systems, helping to advance equity and laying the groundwork for our collective economic security.

The Just Recovery Survey, was administered to 3,100 people in September and October 2020 using a nationally representative survey panel. Black and Latinx respondents were oversampled to enable analysis of racial disparities and differences.

The group compared the experience of frontline “health care support occupations,” such as home health aides and certified nursing assistants, versus “health care practitioners and technical occupations,” such as doctors and nurses. U.S. government data for 2020 shows that support workers are more heavily comprised of women (85% vs. 74%), with a much higher concentration of Black workers (25% v. 12%) and Latinx workers (20% vs. 9%).

The findings of the survey indicated that:

The Worker Institute report lays out several measures and principles it says should be built into any new child care, long-term care and health care investments to drive greater equity.

The report argues that substantial pay raises for direct care workers, as well as an end to “carve-outs” – the exclusion of domestic workers from basic collective bargaining and employment rights – must become a priority for policymakers. The creation of job training opportunities like apprenticeship like programs in the domestic and healthcare workforce are essential strategies for creating paths to job security, economic mobility and equity of opportunity.

Creating universal and equitable access to child care, health care and long-term care is also essential to effect change; the report argues that the government must lower thresholds for benefits eligibility nationally and reduce the administrative barriers that disproportionately impact women of color. There is also a need to create stronger and more equitable national standards around how federal dollars are spent in the service care economy

The report calls for the advancement of health care equity by creating universal and equitable access to health care. The researchers argue the need for lower health insurance premiums and the benefits of closing coverage gaps, which should include ending state opt-outs of health care expansion that disproportionately affect Black and brown communities.

The researchers call to leverage value-based payment systems to incentivize racial equity within publicly funded health care are institutions and to address social determinants of health inequities, such as reducing racial pay and wealth gaps.