Explainer: How to Form a Union 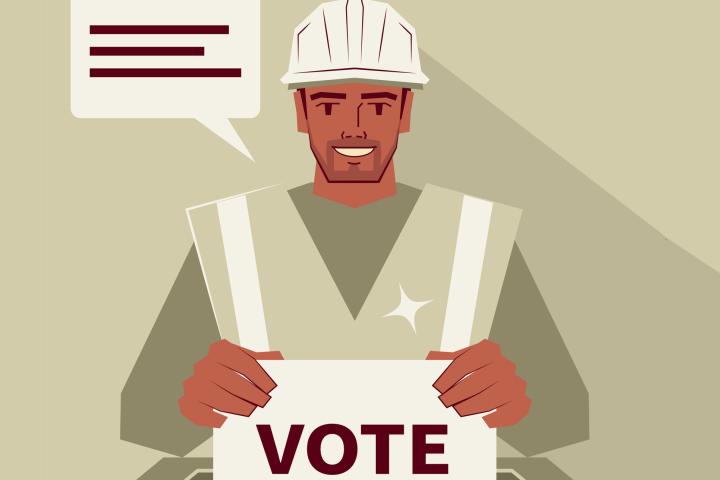 U.S. unionization processes and dynamics were explained by Kate Bronfenbrenner, ILR director of labor education research, in an article written by Evan Drellich and published Aug. 29 by The Athletic.

While Drellich’s Q&A illustrates the attempted unionization of the minor leagues by the Major League Baseball Players Association, many of Bronfenbrenner’s responses are applicable to the broader unionization landscape and are recast here in a truncated version of Drelilich’s interview.

Is there any expectation of how long the process takes, from authorization to election to forming a union, assuming the necessary support?

There is no way to put a time on it, because it all depends on what the union does to get people to sign the cards. Some campaigns, it can take years. Some campaigns, it takes days and weeks. … you don’t just send out the card. You have to get people to sign them and then you have to collect them. A lot depends on the interest in the employers, and how many resources the union puts into it.

Then the next step could be the union asking the employer to recognize the union without an election. That’s usually what happens first: you wait for that. The union will engage in some kind of activity to kind of make the employer agree to that recognition. So that can take a while. Or, if they want to just go the election route — the NLRB is understaffed, under-resourced. The petition rate is so high that, the number of petitions has gone up over 58 percent in the last nine months. So it’s taking a little longer to get elections than it normally would because they just don’t have the staff resources.

Has a Democratic president increased the staffing and resources of the National Labor Relations Board?

They were trying to get some individual things in, in Build Back Better and other bills, and the NLRB funding and the labor law reform always was the first things to get cut in those discussions.

Is there any understanding of what percentage of union efforts are voluntarily recognized by employers, i.e., they become a union without having to hold an NLRB election? How common or uncommon is that?

I am about to do that study. There’s voluntary recognition, and then there’s card checks, where they set a date where the union will have cards signed, and the employer agrees to check the cards, bargaining to organize — all the organizing happens outside the NLRB process. The last time I studied it in the early 2000s, and in all the times it was studied before then, we knew that the number of workers organized through non-board campaigns was as much as three times more than the number organized through the NLRB.

Is there any sense that public opinion sways an employer when it comes to voluntary recognition?

The more the company relies on the goodwill of its customers, the more power the union has. Because public support for unions is at an all-time high, it’s at 68 percent, the highest it’s been in decades. … But it depends on the union being strategic enough to capitalize on it. They have to do the work to make sure the issues they focus on are the ones that resonate with the public. They have to organize public support.

So it doesn’t just happen automatically. It takes work. And what we see, for instance, that where there’s a lot of union growth, right now, it’s in industries with public engagement. And it’s much harder in industries like manufacturing, where you don’t have customers. So we’ve seen organizing of museums, and health care and education and where the public knows the worker.

How does it work when an organization is potentially going to bargain two different contracts and have two different units. Is that tricky?

Very common. It’s tricky in that — this happens in health care all the time. A union will represent the RNs and the service and maintenance employees, nurse aides. And of course the RNs have a very different dynamic than the hospitals’ housekeepers or things like that. And there is a policy under the NLRB that if you want to combine the units, that both groups have to agree to do that. Because sometimes the workers might feel like the professionals have too much power, and the union is going to represent their interests more than others.

But the tendency is to try to get all the workers organized in one employer, because it increases your power. And if they can schedule job actions together, and organizing together, and where they have common grievances, they fight them together, that gives them more power. If they are divided and fighting each other, then that’s going to weaken both unions.

Some make more money than others. Does this set up a scenario where some members are supporting others?

Power doesn’t come from dues, power comes from activity in the workplace, and in the community.

The best example to look at is the entertainment industry. If you look at entertainment, you’ve got really, really rich actors, or really rich directors, stars in the same union as people who get one part every six months. And nobody knows their name, walk-on parts. But the stars alone wouldn’t have the power to do anything, because there are not enough of them and they depend on the broader membership. The broader membership can shut the industry down better than the stars can. We’ve seen in the labor movement that, yes, you have elite employees in many occupations, but they don’t have the numbers, and they don’t have the power.

Say there was a work stoppage, who do the funds collected through dues belong to?

There is no such thing as dues belonging to members. Organizing is how you build power. Unions spend members’ dues for organizing all the time. Unions don’t have collective bargaining power unless they will keep organizing. So the dues aren’t owned by any group. They’re owned by the union.

Is it normally the case that at the point a group goes public with its organizing effort, the group already feels it has the required support?

Employer opposition accelerates at that point. The rule of thumb is that you lose 20 percent of the cards because of turnover. I understand that turnover is quite high in the minor leagues. You need to have a strong enough majority that you can survive the assault of the employer campaign, and you can survive loss of membership to turnover. And so if you get too few, then it’s not going to withstand it, and the employer can challenge whether you have majority support.

The other reason is that you want to make sure that you’ve talked to enough workers before you get an election and if you have a large bargaining unit such as this one, you don’t want to get to the point where you file too soon for election and you still haven’t talked to everybody and you don’t get enough votes.

Having said that, we all know that there are exceptions. The example is the Amazon election on Staten Island, the one that was won, they filed with less than a majority, but they were getting support so quickly, they knew that it was going to keep going up. But most of us who study it, our research shows that union win rates are higher in NLRB elections when the union files with a higher percent of cards, and that’s mostly because of the combination of employer opposition and the fallout from turnover — and because the union might not know the exact list.

There are multiple examples where the union thought it had, it filed at 50 percent, or 50 percent plus one. And it turned out that they underestimated, and the employer was able to argue for another 50 employees, or 100 employees or 1,000 employees to be added to the unit. And they no longer had a majority, and suddenly there they were in election, and they didn’t have the majority of the votes. You want a cushion.