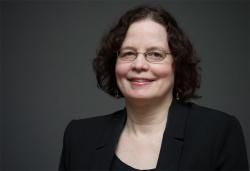 Kate Bronfenbrenner is the Director of Labor Education Research and a Senior Lecturer at Cornell University's School of Industrial and Labor Relations, and the Co-Director of the Worker Empowerment Research Project (WERN). Her primary research interests include union and employer strategies in organizing and bargaining in the global economy; labor, race and gender; the impact of labor law and trade policy on employment, wages, and unionization. Prior to joining the Cornell faculty in 1993, Bronfenbrenner was an Assistant Professor in Labor Studies at Penn State University and worked for many years as an organizer and union representative with the United Woodcutters Association in Mississippi and with SEIU in Boston, as well as a welfare rights organizer in Seattle, Washington.

Bronfenbrenner, who received her PhD. from Cornell in 1993, is the co-author and editor of several peer reviewed books on union and employer strategies, including Global Unions: Challenging Transnational Capital Through Cross Border Campaigns, Union Organizing in the Public Sector: An Analysis of State and Local Elections, Organizing to Win: New Research on Union Strategies, and Ravenswood: The Steelworkers' Victory and the Revival of American Labor. She also published numerous articles, book chapters, and working papers on labor policy, employer and union behavior in public and private sector organizing and first contract campaigns, comprehensive campaigns, union leadership development, women and unions, and global trade and investment policy.

Because of her expertise in contemporary labor issues and her research on union and employer behavior in certification election campaigns, Bronfenbrenner is brought in to testify as an expert witness at Labor Department and Congressional hearings and is frequently quoted in the major news media.

Bronfenbrenner is the recipient of many awards, most notably, the 2020 George D. Levy Faculty Award for outstanding community-engaged learning, and, one of Cornell's highest honors, the Carpenter Memorial Advising Award, in 2012.

The goal of my teaching has always been to develop ILR students as independent thinkers, researchers, and writers and to teach them about contemporary workplace and labor issues in a global context. Small classes such as mine are unique opportunities for students to hone their writing, research, and analytical skills and for engaged learning with workers, unions, government agencies, and NGOs. I am pleased to report that one consistent outcome from my classes is that the majority of my students see themselves as better researchers and writers and feel more confident about pursuing other upper level classes, graduate school, or a career in a research-related field.

My research focus is fourfold: global corporate restructuring and capital mobility and its impact on workers, wages, and communities; employer and union strategies in organizing and bargaining in a neoliberal economy; implications of changing workplace demographics for unions and employers; and the impact of unionization in the rising challenge of economic inequality in the US. I have conducted my own research and mentored junior scholars with their research, using survey research, multivariate data analysis, ethnography, primary document research, qualitative analysis, and strategic corporate research.

I have been actively involved in service for the University since I came here in 1993. I have served on University-wide committees for more than two decades, as well as committees within my college. I have actively been involved in anti-racism work both on-campus and in the community. However, I believe the most important service I provide is the mentoring, advising, and teaching I provide students both inside and outside ILR, particularly the work I do to advise, teach and mentor first-generation students, transfers, and students of color.

As one of the few faculty members with an appointment both in the Labor Relations, Law, and History Department and in the Resident Extension Department; outreach continues to be an essential part of the work of the Office of Labor Education Research (OLER), which I direct. One of the primary programs of OLER is to supervise engaged research conducted by undergraduate researchers on labor policy issues with labor, NGO, and government decision-makers. The students working with me not only receive one to four years of education and experience in social science research methods, but also get an opportunity to engage with labor, community, academic, and political organizations they may be working with in the future. Our outreach program has also run an internationally renowned Strategic Corporate Research Summer School each June for more than twenty years. Forty-eight students attend each year from unions, community organizations, and social justice organizations from the US, Canada, and many other countries.