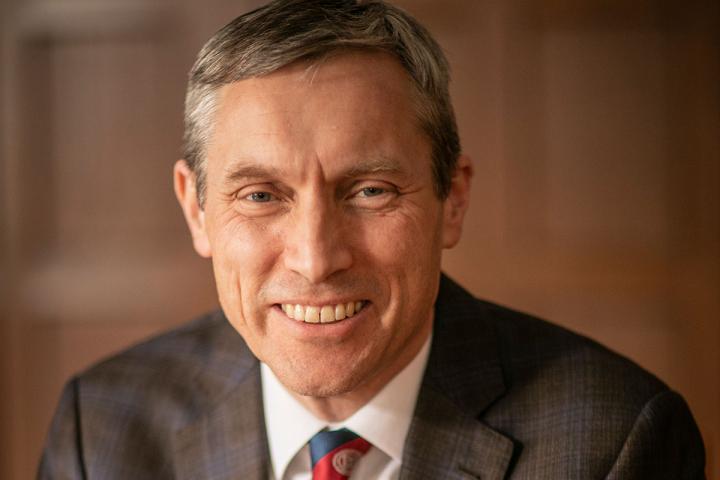 “Forced arbitration has grown to become the predominant way in which employment law disputes are resolved in the American workplace. This change has occurred with little public oversight, but has profound implications for the rights of the American worker,” he said.

Colvin, the Kenneth F. Kahn '69 Dean and the Martin F. Scheinman '75, 'MS '76, Professor of Conflict Resolution, spoke in a U.S. House of Representatives hearing on the proposed Restoring Justice for Workers Act, which would eliminate a forced arbitration system critics say is heavily weighted against workers. It would also restore the ability of workers to bring collective action, rather than having to stand alone, against an employer.

Sixty million current workers gave up their right to go to court when they accepted their jobs, according to Colvin’s research. Most did not realize what they were sacrificing. Mandatory arbitration clauses are typically buried in paperwork new employees sign before starting jobs. Most don’t realize they are also agreeing to resolve disputes through an employer-designed arbitration process that puts them at a striking disadvantage, Colvin said. Almost 25 million workers also waived their right to act in concert with other workers when facing an employer in a dispute, he said during the hearing, entitled “Closing the Courthouse Doors: The Injustice of Forced Arbitration Agreements.”

The proposed legislation, Colvin said, “ … would eliminate forced arbitration and restore the ability of workers to bring class or collective claims, while preserving the beneficial use of arbitration in the collective bargaining context and where there is a genuinely voluntary post-dispute agreement.”

In order to achieve the promise of alternative dispute resolution procedures like arbitration and mediation, Colvin said, “ … it is necessary that they be truly voluntary, bilateral processes agreed to and run equally by both parties to disputes. The current system of forced arbitration imposed on workers by corporations undermines employment rights and should be eliminated.” By contrast, Colvin spoke positively of the longstanding system of labor arbitration with its cadre of neutral arbitrators respected by both sides as the ideal model of successful use of arbitration to resolve workplace disputes.

Colvin, whose mandatory arbitration research has been cited twice in U.S. Supreme Court proceedings, was the lead witness. Three others provided testimony for or against the proposed legislation. Subcommittee Chairman U.S. Rep. Mark DeSaulnier (D-California) endorsed the act and U.S. Rep. Rick Allen (R-Georgia) decried it, saying the proposed legislation would burden already overburdened courts, benefit only trial lawyers and be a “nail in the coffin for job creators.”

U.S. Supreme Court decisions have strengthened corporate employers’ use of mandatory arbitration, and its use has shot up dramatically in the past decade, Colvin said. Sixty-five percent of businesses with over 1,000 employees used forced arbitration and low-wage workplaces are more likely to use forced arbitration, Colvin said, forcing cases on racial discrimination, sexual harassment, veterans’ rights, overtime and other issues behind closed doors. Many of these procedures are confidential, blocking a look into what trends might be developing across an organization.

Drawing on his own research and that of other scholars, Colvin described the state of mandatory arbitration: