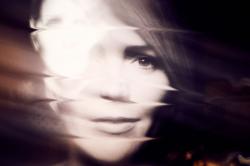 Since 2003, Liz Karns has been researching the economic impact borne by victims of sexual assault, and documenting an often-unseen dimension of rape and assault: the millions of dollars a woman can lose in lifetime earnings after her education or career is derailed.

Her research is summarized in "Adding It Up: Hidden Lifetime Costs of Sexual Assault," which tracks a hypothetical victim's lifetime of financial losses adding to $2,937,860.

When Karns brought up her "bad news" work, people would literally move away from her, Karns said.

Now, due to growing recognition of the impact of assault on victims and the #MeToo movement, she walks into rooms where people are openly discussing sexual assault and harassment.

"Things I've worked on for years are suddenly getting attention." she said in an interview.

"I feel like we've only just begun. Thing are changing very fast," she said. "Perhaps, people are finally ready for the equality of women."

As a lawyer and an epidemiologist, Karns started out in private practice in Chicago representing young women who had been assaulted. Now, she draws on her past practice in statistics and law to teach at ILR, where she is a senior lecturer in the Department of Social Statistics. Karns shares her own current research, and that of others to understand the often-ignored economic dimension of sexual assault.

From public rallies like Take Back the Night to corporate board rooms, she gives talks on the subject.

Costs starts the day of the assault. The $3,200 figure includes a $1,000 emergency room visit, transportation and clothing replacement.

A month later, the victim might forfeit $3,750 tuition due to a dropped course. Costs such as counseling, health appointments and relocation can add up to $4,960.

When the hypothetical victim forsakes a career as a registered nurse and becomes a nurse aide, her total lifetime earnings earnings are nearly $3 million less than if she had stayed on her original career plan.

Ninety-eight percent of sexual assaults at four-year residential colleges go unreported, according to surveys and Clery Act reporting, she said. That means only 6,218 cases are reported out of a likely number of 317,852 assaults in a U.S. population over 10 million students in 2016.

"Things are changing fast. There is huge change, huge. This is the result of a long development."

Karns credits the It's On Us and other national campaigns with helping set the stage for a "willingness for people to address the issue openly."

"Maybe people are finally ready for equality of women," she said. "My contribution is about demonstrating with economics and statistical evidence the financial consequences," said Karns, who teaches undergraduate and graduate students.

To help lessen the impact student victims face, Karns recommends helping student survivors stay on the educational path by deferring student loans while they take time off to recover. "Giving them the time and resources to deal with the trauma is important."

She urges holding perpetrators financial responsible for victim harm and engaging survivors in discussion of economic impact during recovery.

To learn more about Karns' work, see this eCornell interview on the lifetime cost of assault.