Labor historian and diverse roster of guests give perspective to the past and future of e-commerce. 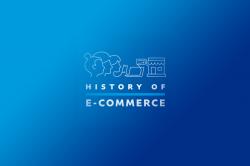