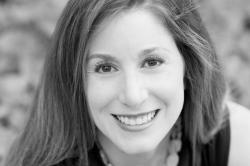 The Council on Women and Girls and the Council of Economic Advisers hosted the event, which was attended by academics and practitioners from across the nation.

Elias’ research seeks to understand the ways that contested meanings of feminism shaped the nature of opportunities for women working in U.S. corporations. She was invited to the meeting because of her area of study and her engagement with Ellevate, a global women’s network.

The Council of Economic Advisers, which advises the president, provided information illustrating gender imbalances in business:

Although women make up nearly half of the American workforce – up from four in 10 in 1970 – and most parents of young children work, too few businesses recognize that workers need work-life balance, meeting organizers said.

“When businesses fail to make these adjustments, workers are often left choosing jobs based on their flexibility and structure of work, rather than the job best suited to their skills,” according to an event press release issued from the White House.

Elias said she thinks the event will lead to a rich discussion in ILRLR 3040: “Women, Gender, and Capitalism in Historical Perspective,” her course that approaches gender as a constructed concept that has influenced working women in both similar and different ways.

“Because ILR’s curriculum encourages students to recognize and analyze workforce stratification, they understand the importance of intersectionality when discussing gender and work,” she said.

“Addressing issues like occupational segregation, job design, work-life balance or implicit bias must account for the experiences of women at the bottom, as well as at the top.”