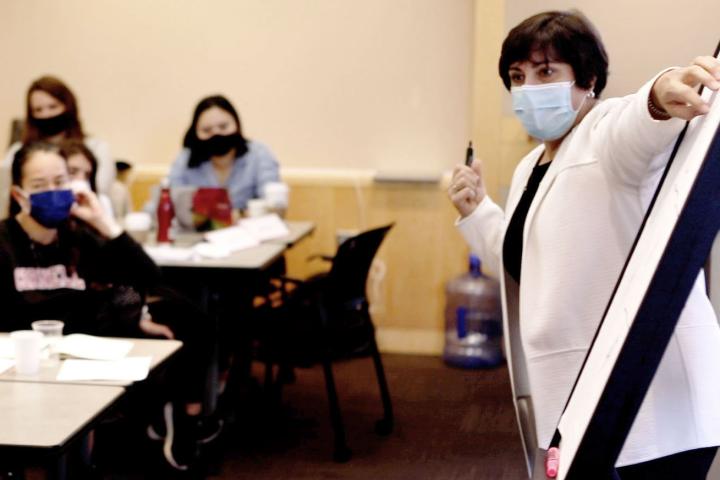 The appointment of M. Diane Burton as ILR’s Joseph R. Rich ’80, M.S. ’86, Professor has been approved by the Cornell Board of Trustees.

“Diane is an innovative and influential scholar, widely recognized for her work at the intersection of human resource management and entrepreneurship,” said Alexander Colvin, Ph.D. '99, the Kenneth F. Kahn '69 Dean and the Martin F. Scheinman '75, M.S. '76, Professor of Conflict Resolution. “She has made major contributions to the ILR School, including in her current role as academic director of the Institute for Compensation Studies.”

The professorship is a tribute to Joseph R. Rich.

Burton is the chair of ILR’s Department of Human Resource Studies, and leads the Institute for Compensation Studies at Cornell. She studies how management systems affect firms and individuals. Burton’s current focus is on job creation and job quality in entrepreneurial firms.

A member of the Cornell faculty since 2009, Burton’s appointment went into effect July 1, making her the first to hold the professorship since Kevin Hallock, former ILR dean, served in the position.