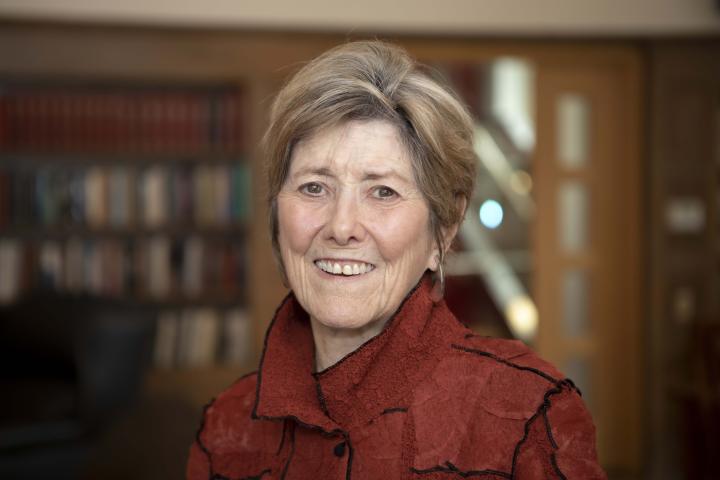 Rosemary Batt, the Alice Hanson Cook Professor of Women and Work at the ILR School, is a Professor in Human Resource Studies and International and Comparative Labor. She received her bachelor’s degree in history from Cornell University, a master’s degree in anthropology from the University of Kentucky and her doctorate from the Sloan School of Management at MIT.

Recently, Batt teamed up with Eileen Applebaum, co-director of the Center for Economic and Policy Research, to investigate the role of private equity in health care. The study was a follow-up to their award-winning book, "Private Equity at Work: When Wall Street Manages Main Street," published in 2014 by the Russell Sage Foundation.

On Oct. 20, U.S. Sen. Elizabeth Warren re-introduced the Stop Wall Street Looting Act, designed to curb the financial tactics of private equity firms when they buy out Main Street companies and extract wealth for themselves and their investors. Their takeovers have led to job and benefit losses for hundreds of thousands of American workers.

For example, Michele Hilt, reported during our webinar that she had worked at the Hufcor plant in Janesville, Wisconsin, for 20 years – having started when she was 22 – and planned to retire there with a good union pension. As a member of the IUE-CWA local, she described the family-owned Hufcor company as a place where management really cared about people and was a mainstay in the community. The private equity firm OpenGate Capital bought the company in 2017 and assured workers it had no plans to close it. But, in 2021, it abruptly announced the plant would move to Mexico.

While Hufcor survived the Great Depression and waves of recessions for 120 years, private equity couldn’t manage it for four years. This is a story about financialization – Wall Street investors undermining U.S. companies – not globalization.

The private equity industry manages $4.5 trillion in assets and owns companies that employ more than 11.7 million American workers – twice the number covered by private sector unions. Employment in private equity-owned companies increased by 33% between 2018 and 2020, compared to overall U.S .employment that dropped by 4.5% in the same period. Private equity is taking over a larger and larger share of U.S. jobs.

I have been investigating private equity takeovers and their impact on working families and communities for over a decade, in collaboration with my colleague, Eileen Appelbaum, co-director of the Center for Economic and Policy Research. On Oct. 20, my colleague Eileen testified before the U.S. Senate Banking Committee’s hearings on the Stop Wall Street Looting Act. She drew on our cumulative research to explain how private equity firms have extracted billions in wealth from Main Street companies over the last four decades, leading to job and benefit losses.

She explained why the business model itself leads to a higher likelihood of financial distress, job loss, and wage stagnation in private equity-owned companies. Private equity firms buy out companies using extensive debt, which is loaded on the company; and the company must service the debt, which immediately cuts into net revenues. And because private equity firms promise their investors “outsized returns” (that beat the stock market) in a short time frame, they focus on cutting costs as much as possible. And they use other financial tactics to extract wealth – taking out additional loans that are loaded on the company, or selling off company assets – with the proceeds used to pay themselves and their investors dividends. These tactics weaken company financial stability. A recent academic study that tracked 484 companies for 10 years after they underwent private equity-leveraged buyouts found that their bankruptcy rates were 20 percent, compared to only 2% for comparable companies.

Our most recent research has shown the negative impact of private equity for both workers and patients in health care, where private equity investments grew 20-fold between 2000 and 2019.

Take the testimony of registered nurse Peggy Malone before the Senate Banking Committee on Oct. 20. Malone, an RN for over 30 years at Crozier Hospital in Florida, reported that once the hospital was taken over by Medical Prospect Holdings, a chain owned by private equity firm Leonard Green, “… almost immediately we saw staffing was cut; we were unable to get supplies … vendors had not been paid.” Therapists stopped coming to the substance abuse clinic because they had not been paid for months. The quality of needles was so poor that it took several more tries to get an IV into a patient, increasing chances of infections. Workplace violence and patient abuse of staff increased.

The same private equity-owned chain bought a critical safety-net hospital in Waterbury, Connecticut, in 2016, according to Ed Gadomski, CHCA 1199 AFSCME, who spoke at our Oct. 21 webinar. He reported that after the private equity firm received a $17 million tax break from the city on a promise of no lay-offs, they soon began laying off workers, targeting the most senior first. Ed lost his emergency room technician job of 32 years to an independent contractor, and was offered a new one at one-third of his prior pay and no health insurance.

In the meantime, Leonard Green collected $658 million in fees and dividends from the hospital chain.

Patients have suffered more. A rigorous study published by the National Bureau of Economic Research found that before the COVID-19 pandemic, mortality rates in private equity-owned nursing homes were 10 percent higher than the overall average, while Medicare billing was 11 percent higher. A 2020 investigative report of New Jersey nursing homes during the pandemic found that those owned or backed by private equity had a disproportionately higher rate of infections and deaths (including higher Coronavirus cases and deaths) compared to all other nursing homes in New Jersey.

Moreover, private equity health care investments have skyrocketed since the pandemic – moving into “hot markets” such as mental health, hospice, home care and specialty physician practices. According to one analyst, “the business of mental health” has never looked more promising.

In our Oct. 21 webinar, Isabela Burrows, a 19-year-old worker at Pet Smart in Michigan said she started working there just out of high school because she loved animals. But when private equity firm BC-Partners took it over, she immediately saw cuts all around – slashed work hours and understaffing led to dirty pet cages and dirty pets. The water was not changed regularly, the air conditioning broke and was never fixed, and workers found the summer heat and stench unbearable. The company refused to require customers to mask, and workers felt exposed and lacked protective gear. When her younger brother died suddenly, she took two days off and was severely reprimanded by her supervisor and told to “get over it.” In the meantime, BC Partners has taken $23 billion in cash and stock dividends from PetSmart.

The bankruptcy of Toys R Us, where 33,000 workers lost their jobs in 2018, led to a massive media and consumer attention and the formation of the first worker organization fighting for the rights of workers in private equity-owned companies – United for Respect. Worker mobilization led the private equity firms KKR and Bain Capital to set aside a $20 million severance fund, although workers claimed they were owed about $75 million. The former workers have continued to organize employees at several other retail companies. Their demands include a sustainable wage of at least $15 per hour, paid sick leave and affordable health care, a commitment to end occupational segregation, safe working conditions, severance pay during layoffs and the right to organize.

The Stop Wall Street Looting Act would curb the worst excesses of the private equity model by limiting the use of debt in buyouts, increasing transparency, closing the tax loophole that private equity firms currently enjoy, and prohibiting the sale of assets or payout of dividends in the first few post-buyout years.