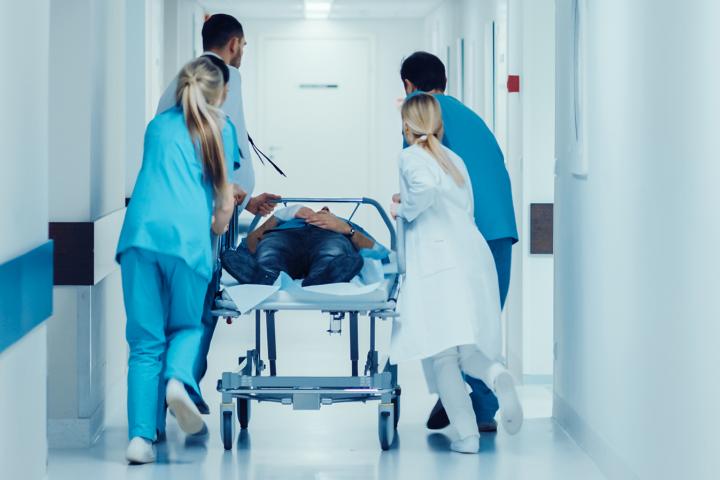 If you’ve ever gone to the hospital emergency room, you know how frightening the experience can be. You may have been in great pain, facing a life-threatening injury or illness – or worse, perhaps you accompanied your ill child. In that situation, probably the last thing on your mind was the cost of care.

“If a patient goes into an emergency room, they’re not going to be negotiating over price,” says Rosemary Batt, ILR professor of human resource studies and international and comparative labor. “Private equity firms that are buying into health care know this. They also know they can get 50 percent of their funding from the government. And, they know there’s a third-party payment system with private insurers, so they’re going to get paid. They see health care as a cash cow.”

According to Batt, private equity is the driving force behind surprise medical billing, where patients with health insurance are hit with hundreds or thousands of dollars of unexpected charges, often from emergency-room visits or in-hospital stays. To understand just how the phenomenon works, she has joined with Eileen Applebaum, co-director of the Center for Economic and Policy Research, to investigate the role of private equity in health care. The study is a follow-up to their award-winning book, "Private Equity at Work: When Wall Street Manages Main Street," published in 2014 by the Russell Sage Foundation.

“We chose to research private equity firms to begin with because they represent the most extreme example of the shareholder-value model of maximizing shareholder returns.” Private equity firms engage in leveraged buyouts by pooling funds from multiple investors and buying companies with a mixture of debt – usually around 70 percent – and equity, to which they contribute no more than two percent of their own money. This mitigates their own risk. Companies they acquire are then saddled with burdensome debt and forced to reduce costs, which often leads to layoffs, wage freezes for existing workers, and outsourcing of various company functions to contractors. “The lead company pushes the contractor on cost,” Batt says. “So it’s more likely the outsourced contractor will be non-union and pay lower wages.” 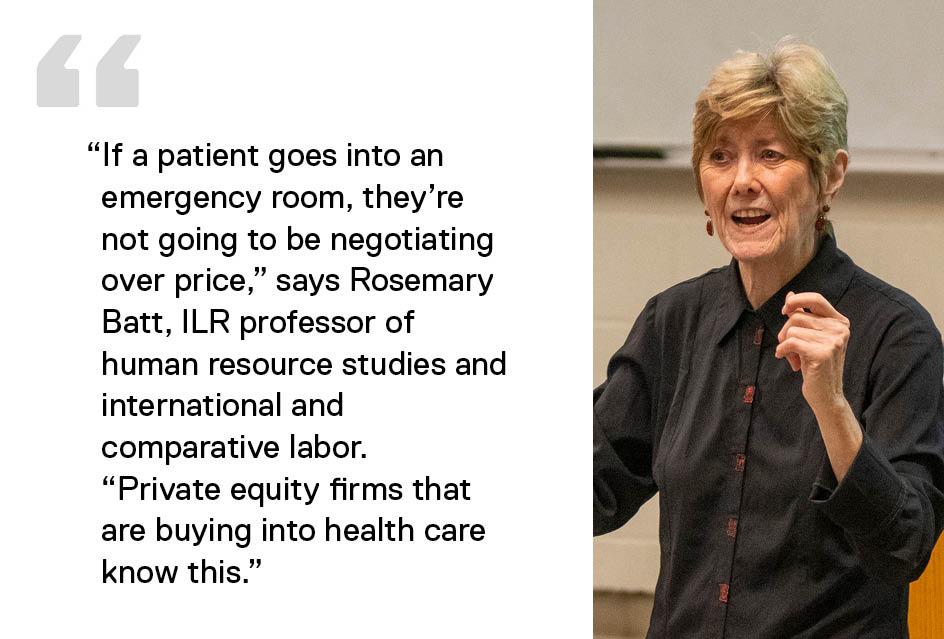 On average, private equity–owned companies have a host of negative outcomes, including bankruptcy rates that are twice as high as comparable publicly traded companies. That affects employees, many of whom lose their jobs while those remaining face intensified work pressures. But the people the company serves also suffer consequences, Batt says. In the case of health care, private equity has taken to buying out doctors’ practices and rolling them up into large corporate physician staffing firms that provide services to outsourced emergency rooms, anesthesiology and radiology departments, and other specialty units that can then charge the patient any rate they want.

“In surprise medical billing, hospitals have outsourced emergency rooms to physician staffing or ‘service management’ companies,” Batt says. “Patients come into the hospital and go to the emergency room in that hospital, but it’s owned and operated by another company that is not covered by the patient’s insurance. Private equity firms own 30 percent of that market. They promise investors they will deliver ‘outsized investments.’ How do you get that from the health care system, and why should firms be able to earn outsized returns in health care?”

Batt’s interest in the impact of private equity firms on various industries comes from her strong commitment to research that seeks to change the world of work for the better. “Eileen and I wanted to expand the scope of management and labor relations research,” she says. “We wanted to move from a focus on the firm or workplace alone to the investors behind the scenes who were pulling the strings to maximize stock price at the expense of the other stakeholders—workers, consumers, communities, and suppliers.”

The research, Batt said, is shared with students, as well as others. “I've incorporated what I've learned into the courses I teach." 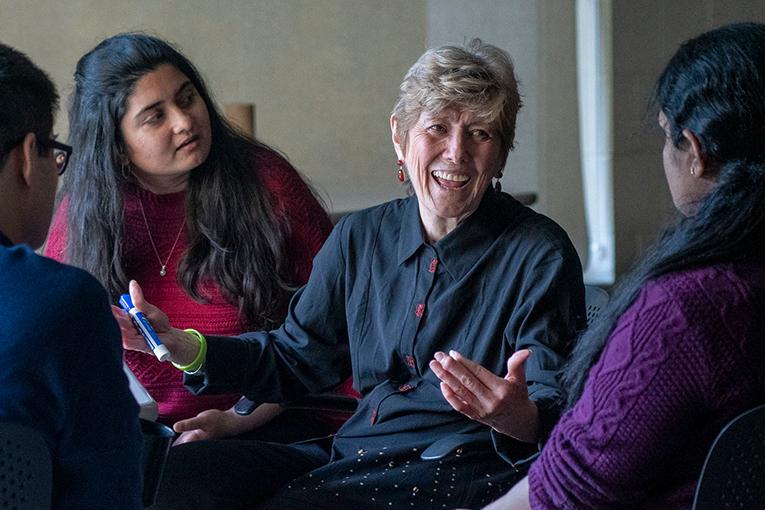 Her path to her current position as a leading scholar of management and labor relations began after her undergraduate degree, when she embarked on what she calls a “tour of social movements” that spanned 12 years. It included working with a civil rights legal organization, earning a master’s degree in anthropology that brought her to Mexico to study the conditions pushing migrants to the United States and to Appalachia where similar conditions of poverty existed, and several years representing nursing home workers in Appalachian states.

“That was my real education. I also learned that some managers are much better than others and will work with unions” she says. “Afterward, I decided to go back to graduate school in management and labor relations. I was interested in understanding what drives employers to do the right thing, as well as what union and movement strategies are most effective in making that happen.”

Batt took her passion for equality and social justice and combined them with scholarly rigor and an anthropologist’s sensibility to focus on organizations and workplaces as holistic social systems with political, social, economic, and cultural dynamics that must be understood in order to grasp how the outcomes for workers and other stakeholders are affected by these dynamics.

She has applied that lens to a wide range of industries, especially low-wage service industries such as telecommunications, where call centers have turned service work into industrial work, and fast-food restaurants, where franchising has resulted in poor labor practices. “I try to understand how deregulation, globalization, new technologies, and employer strategies have changed working conditions in ways that are detrimental to workers, and how unions can respond to these new pressures,” she says.

Eileen Appelbaum, Batt’s long-time collaborator, sees Batt’s work as an important game-changer in the real world. “I met Rose when she was still a graduate student, and I found her ideas impressive,” she says. “Her work is firmly grounded in theory, extends theory, and provides empirical support for her innovative ideas.”

Applebaum points to the impact of their book, “Private Equity at Work.” “It has armed a host of academics and activists with tools to understand events in the real world, from the bankruptcy of Toys R US to the failure of seven grocery stores to the price-gouging of patients needing emergency medical care,” she says. “The staff for Elizabeth Warren (Massachusetts’s senator and presidential candidate) read our book, and it formed the basis of Warren’s Stop Wall Street Looting Act.” 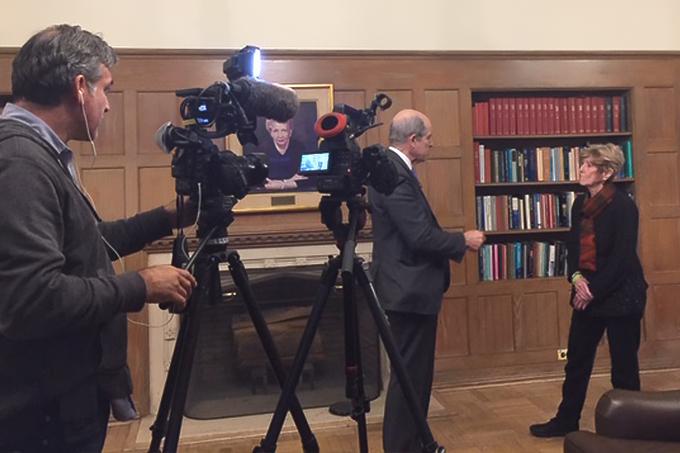 Batt came to Cornell directly after she finished an industrial relations degree at Massachusetts Institute of Technology in the mid-90s and found the ILR School a perfect fit. “Because the ILR School values real world experience, I was able to bring my life experience to bear in my classroom, particularly in teaching tolerance,” she says. “My goal is to make everyone in the room feel safe and able to express their views in a wide range of spectrums, from critical left to critical right perspectives. I’ve seen all those worlds, so I feel comfortable engaging students across a wide range of views.”

For Batt, who holds the Alice Hanson Cook endowed chair, a highlight of her early days at the university was meeting Cook, a Cornell scholar, labor activist, and co-founder of the university’s Women’s Studies Program. “Alice was one of the first people I looked up when I got here,” she says. “She was one of an amazing group of women who were part of the founding of ILR, including our beloved Lois Gray, who only recently left us. I’m proud to be part of the university and the ILR School because of the history of these great women faculty and leaders who have come out of the ILR School and whose lives I try to emulate. It’s very inspirational to be part of that history.”