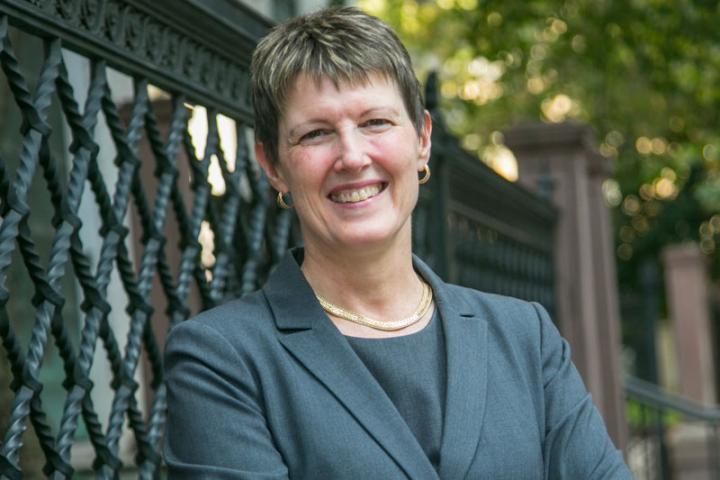 Barrington has been the executive director of ILR’s Institute for Compensation Studies, where she has served since the institute’s founding in 2010. She will continue in this role part-time. She succeeds Susanne Bruyère, who has served as associate dean of outreach since 2005. Bruyère will return full time to her role as director of ILR’s K. Lisa Yang and Hock E. Tan Employment and Disability Institute.

In announcing Barrington’s appointment, Hallock said, “I first met Linda about eight years ago when she was on the management and research leadership team at The Conference Board. I was immediately impressed with her exceptional ability to bridge the academic and practitioner worlds, a skill that will be vital as the leader of our outreach activities. Linda is not only fair and objective, but she is incredibly smart and hardworking and has the highest possible expectations and standards. She makes the work of those around her better.”

Barrington said she looks forward to getting started in the role and helping ILR continue to demonstrate its relevance and impact in the workplace and the world. “As an institution of higher learning, ILR is uniquely wonderful in so many ways – our mission to ‘advance the world of work’ being the most important,” Barrington said. “But, the world of work is shifting faster than ever before, and how we serve our degree students and the larger global community through outreach will need to not just keep up with that change, but lead it. I am honored to be joining the administrative team of ILR.”

She has published academic articles in The Review of Economics and Statistics, The Journal of Economic History, Historical Statistics of the U.S. and Rehabilitation Research, Policy and Education. She is co-author of Employment and Work: Key Issues and Future Directions-The SAGE Reference Series on Disability, and editor and contributing author to The Other Side of the Frontier: Economic Explorations into Native American Economic History. Her work also appears in numerous business and practitioner publications of WorldatWork and The Conference Board.

Barrington has been the principal or co-principal investigator on more than $6 million in research grants. She has received underwriting for her research from sources including The Atlantic Philanthropies, Rockefeller Foundation, Russell Sage Foundation, the Gates Foundation, and, most recently, the U.S. Department of Education's National Institute on Disability and Rehabilitation Research.

Before joining ILR, Barrington held positions at The Conference Board including economist, special assistant to the CEO and managing director of human capital. She previously taught at Barnard College of Columbia University, at Columbia’s School of International and Public Affairs, the University of Michigan and the University of Illinois.

Barrington has presented expert opinion related to gender pay gaps to state-level policy panels and has appeared on CNN, NBC Nightly News, CNBC and Bloomberg TV. She has been a frequent contributor on economic issues to National Public Radio’s All Things Considered and American Public Media’s Marketplace.