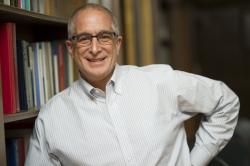 John M. Abowd, Cornell's Edmund Ezra Day Professor of Economics, has been elected a Fellow of the Econometric Society in recognition of his contributions to the field of economics.

In the field of economics, he has published numerous influential works including:

Besides writing and lecturing, he also served as director of graduate studies in the Cornell Economics Ph.D. program and is director of the Labor Dynamics Institute, based at ILR.

Abowd responded to his nomination by saying "I am honored to be recognized by the Econometric Society for my contributions to the discipline, and I am grateful to Cornell University and to the ILR School for the many years of research support that led to this election."

Fellows represent the highest authority of the society. It annually elects fellows in recognition of "published original contributions to economic theory or to such statistical, mathematical, or accounting analyses as have a definite bearing on problems in economics."