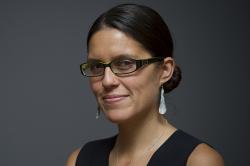 The U.S. administration’s harsher line on immigration will further a race to the bottom for workers, says Shannon Gleeson, associate professor in ILR’s Labor Relations, Law, and History Department.

Gleeson studies the effects of immigration policies on labor and employment protections and along with colleague Els de Graauw of Baruch College of The City University of New York has worked on a three-year collaborative project to study how the Deferred Action for Childhood Arrivals policy has been implemented in the Houston, New York City and San Francisco/San Jose metro areas. With ILR Associate Professor Kate Griffith, she is also researching the impact of temporary protected status on immigrant workers in the New York City region.

Not only are these policies racist and xenophobic, but they will exacerbate workplace inequality and negatively impact the well-being of immigrant and native-born communities of color alike, Gleeson said.

Advocates and service providers across the country have also adamantly called for comprehensive immigration reform that addresses the fate of the vast majority of undocumented individuals left out of current proposals.

Research shows that DACA improves the lives of undocumented young people and their families.  It is also a humane and just response to long-standing U.S. policies that have contributed to the conditions that prompt immigrants to leave their homes in the first place and reunite with family members in the United States, as generations of Americans have done before, Gleeson said.

“Many U.S. employers have voiced their ‘demand for foreign  nationals’ — this is bound to be an important consideration for immigration policy,” Gleeson confirmed. She emphasized, however, that it will more importantly remain critical for policymakers to consider how the current visa restriction and ramp up in workplace enforcement actions such as raids and audits devastate the well-being of immigrant workers, and run contrary to efforts to hold employers accountable to labor and employment law, she said.

“Congress must address the needs of the 800,000 DACA recipients, the over 300,000 individuals set to lose temporary protected status and the rest of the 11 million undocumented immigrants in the United States,” Gleeson said.

“Diversity visas and the attacks on the refugee and family reunification programs are also an attack on immigrants and the community organizations that support and advocate on their behalf.”

“The militarization of the border and no holds-bar deportation cemented under Obama, and intensified under Trump, follow no logic of security,” Gleeson said.

Instead, these policies negatively impact the economic stability, educational opportunities, and mental and physical health of immigrants, their families, and the communities in which they live and work, Gleeson concluded.