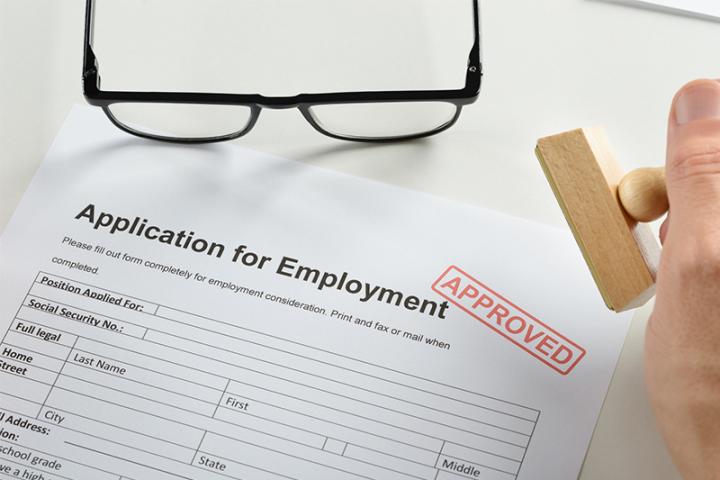 Through the Criminal Justice and Employment Initiative, ILR legal experts are helping people with criminal records get jobs — an effort that not only changes the course of people’s lives, but helps employers find motivated workers at a time of historically low unemployment.

An estimated 70 million people in the United States — nearly one in three adults — have a criminal record. While studies show that employment is critical to successful reentry into society, a criminal record reduces the likelihood of getting a job by nearly 50 percent.

“We view this as a social justice issue, since blacks and Latinos have been imprisoned for drug use at much higher rates than whites, and as a workforce development issue,” said Esta Bigler ’70, director of the initiative and of the Labor and Employment Law Program.

One focus of the initiative is the Cornell Project for Records Assistance, part of the legal remedy for plaintiffs in the Gonzalez v. Pritzker class-action case against the U.S. Census Bureau. The project provides individualized criminal record and employment law education to blacks and Latinos who were denied employment with the 2010 Census based on unconfirmed criminal histories.

Through the project, 1,500 people in 49 states, the District of Columbia and Puerto Rico have requested training on their legal rights. Training is now complete for respondents in New York, California and Illinois, and under way in Florida. The project is led by Timothy McNutt, a former prosecutor, with assistance from Rachel Colman and Rachel Joseph, criminal record outreach specialists.

“I have been waiting for the opportunity to clear up this issue [of a criminal record] for 50 years,” said Jaqueline Davidson, after receiving the training. “I thank Cornell for finally giving me a direction to follow to achieve this goal. This experience has haunted me too long.”

In a companion project, the Criminal Records Panel Study, a multidisciplinary team of Cornell researchers is following Cornell Project for Records Assistance participants to learn the most effective ways to increase employment opportunities and earnings for people with criminal records. The study is funded by a $250,000 grant from the U.S. Department of Labor.

“We hope to give advocates, legislators, and policymakers hard evidence about what works and what doesn’t,” said Bigler, who shared her insight as a panelist at The Atlantic’s Future of Work event this fall.

With support from the New York State Assembly Labor Committee, Bigler and McNutt adapted project training for individuals incarcerated at the Queensboro Correctional Facility in Queens, N.Y. The minimum-security prison has a focus on reentry services. Although originally voluntary, the three-hour Know Your Employment Rights course is now a required part of orientation.

“People receiving project training told us they wish they had received it earlier, so that — coming out of jail — they had known their rights and how to navigate the employment field,” McNutt said. “That was the impetus for our taking the curriculum into prisons.”

After completing the course, he said, inmates gain a sense of optimism about their prospects, with 90 percent saying they are “extremely likely” or “very likely” to apply for a job upon release.

“Throughout the years, I’ve been in many, many programs in prison and this is by far one of the best,” said Tarod Glover, who received training at Queensboro. “I left the classroom feeling prepared, empowered and ready to enter the job world with confidence in my ability to succeed, in spite of my past.”

Because it doesn’t help to train only prospective employees, Bigler said, programs are also held for employers.

A program last June for the Retail Council of New York drew representatives from six major retailers. “The impact was immediate,” said Ted Potrikus, president and CEO of the council. “Esta got a lot of people to realize, ‘Oh, we could do this.’ And the conversations have continued.”

“What’s unique about our training,” Bigler said, “is Tim and I focus on legal rights. Employers hear from both a former prosecutor and an employment lawyer that hiring people with a criminal record is mutually beneficial.”

That message was reinforced at last summer’s Reimagining Employment Summit: An Untapped Talent Pool. Keynote speaker Ron Bergamini, CEO of the Action Environmental Group, told attendees of his experience hiring some 300 justice-involved individuals, noting, “It’s the right thing to do. And, it’s good for your business.”

Among other activities, Bigler and McNutt have hosted job fairs and developed such resources as the website and brochures for people with criminal records and employers.

“In New York state, at least, we’re leaders in the field of training employment law rights for people with criminal records and employers,” Bigler said.

Dos Toros Taqueria, a New York-based restaurant chain, has hired more than 50 people with criminal records because they have traits that fit the company’s needs, said chief human resources officer Aleta Maxwell, adding that ignoring potential hires because of records is tantamount to overlooking a skilled job pool.

“In my experience, people with records truly want to do a good job and are more determined” in proving they are good hires than those without records, Maxwell said. “There are some tremendously hard-working individuals” who are job ready, yet struggling to find work.

There is also a practical matter at play — there are many people who would have records if they had been charged with wrongdoing, she said. Their transgressions went unnoticed, whereas potential hirees with records have served their time.