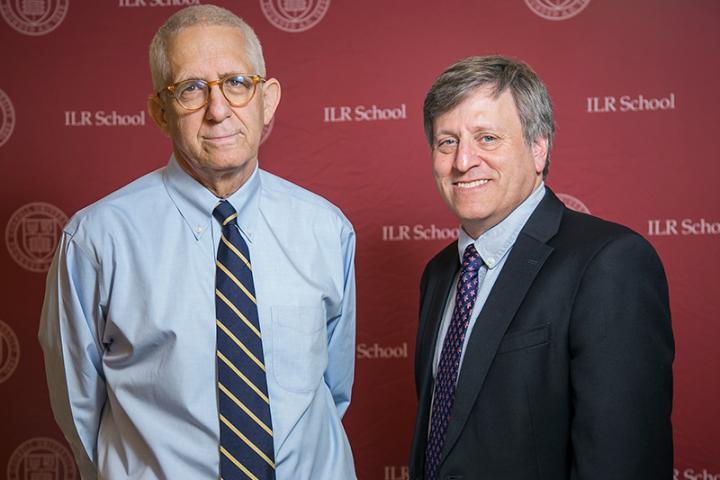 Heavy drinking six times a month reduces the probability a new college graduate will land a job by 10 percent, according to new research led by the ILR School’s Smithers Institute.

“Does College Alcohol Consumption Impact Employment Upon Graduation? Findings From a Prospective Study,” slated for publication in the Journal of Applied Psychology, provides some of the first evidence that health-related behavior has a robust effect on young adult employment following college graduation.

Researchers found that drinking does not have employment implications for those graduates seeking full-time employment for the first time until it reaches binge levels.

Funded by a $2.2 million grant from the National Institute on Alcoholism and Alcohol Abuse, the Smithers Institute-led research is part of the first longitudinal study on how the college-to-work transition impacts alcohol misuse. More than 16,000 individuals have been contacted as part of the five-year study.

Each episode of binge drinking during a month-long period lowers by 1.4 percent the odds of attaining full-time employment upon graduation, researchers found, pinpointing for the first time exactly what it is about drinking that might impact employment status.

Previous studies have been unable to determine whether alcohol’s effect on employment stems from a heightened risk of job loss or from a more delayed return to work because of alcohol impairing the job search.

How students drink versus how much they consumer appears to be more influential in predicting lower employment rates, the study says. Indeed, the researchers found that a non-binge pattern of drinking does not adversely impact job search abilities. Any adverse effect of non-binge consumption might be counterbalanced by potential benefits of moderate consumption on networking and job search intensity.

That’s because there might be better opportunities to connect with others on valuable job opening information, the researchers said, drawing on research by ILR Associate Professor William Sonnenstuhl.

Bacharach, ILR’s McKelvey-Grant Professor and the project’s principal investigator, said, “This paper is consistent with the Smithers Institute's recent emphasis on the impact of career transition on drinking behavior. It is in concert with the previous work we've done on retirement, and on-boarding. Most importantly, it is also consistent with Smithers' continued programmatic interest in substance abuse not only in the workplace, but in the college community, as well."