Our friend and colleague. 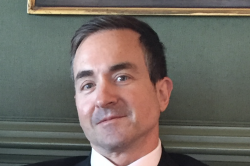 About the Smithers Institute

In the fifties, Brink Smithers forged a close working relationship with Professor Harrison Trice at the School of Industrial and Labor Relations. Together, they conducted a number of pioneering studies on alcoholism.

Alcoholism is a respectable disease, from which people can and do recover.

The voice of experience reaches out to explain and elaborate on the nature of the disease of alcoholism. The emphasis of the Smithers Institute is on the workplace—we believe that the workplace is a critical arena for the prevention, intervention, and treatment of alcohol-related problems. The core message of these narratives is that the workplace matters. Whether the voice of an academic researcher, the painful history of a worker in recovery, or the perspective of a policy leader the message is the same: the workplace is on the frontline of the battle against alcoholism.

Retirement and the Hidden Epidemic

Peter Bamberger discusses the new book co-authored with Samuel B. Bacharach of the ILR School's Smithers Institute and published by Oxford University Press. The book sheds light on alcohol and drug use/misuse patterns in retiring workers.

October 3, 2014
BEFORE her drinking spiraled out of control, Sylvia Dobrow “drank like a lady,” as she put it, matching her wine to her sandwiches: “Tuna and chardonnay, roast beef and rosé.” But soon she was “drinking around the clock,” downing glasses of vodka and skim milk.