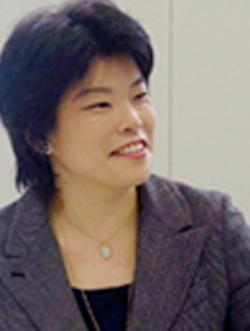 Nobuko Nagase is a tenured professor of Labor Economics and Social Policy at Ochanomizu University in Tokyo, Japan. She has written about work and family in the Asian perspective, comparing Japan with other East Asian and Western economies. Her interests include wage structure and work choice, labor market regulations and social security, tax and other institutional effects on work and gender, marital behavior and child-birth timing. Nagase has conducted empirical studies on child care supply, public pension, long-term care insurance, child care leave and other institutional features of the Japanese system. Results of her research have been published in various scholarly peer-reviewed journals in Japan, including Japanese Economic Journal, Journal of Population Problem, Econometric Review, and Quarterly Journal of Social Policy. She obtained her Ph.D. in 1995 and her B.A. in 1989 from the University of Tokyo, Economics Department.

From 2008 to 2012, Nagase was a principal investigator for a large five-year competitive fund on Work and Life Balance Issues: Designing Work Styles that Enable Career Development and Family and Community Activities. The fund was sponsored by the Japanese Ministry of Education, Culture, Sports, Science and Technology, and the Japan Society for the Promotion of Science. From 2003 to 2007, with the support of Renmin University, Nagase was a principal investigator in conducting comparative panel surveys in Beijing, as part of a large competitive fund awarded to Ochanomizu University as the 21st Century Center of Excellence for the research titled “Frontier of Gender Studies.”

Nagase has served in governmental appointments such as the Special Committee on Council for Gender Equality at the Japanese Cabinet Office, the Japanese Tax Commission, and the Statistics Committee for the Japanese government. Since 2012, she has been a member of the Science Council of Japan.

While at ILR, Nagase will pursue professional interests by analyzing gender wage gaps and family formation, as well as the internal and external labor markets of the U.S. and Japan. She was awarded the Abe Fellowship for the comparison of female labor supply in the U.S. and Japan, with special attention to the differences in the mechanism of internal and external labor markets. Nagase will pursue how employment practices and changes in policies, among other factors, affect fertility, internal division of labor, and labor supply behavior, and what influence they have on sectors and educational groups.