Organizing the Unorganized in the time of the Pandemic 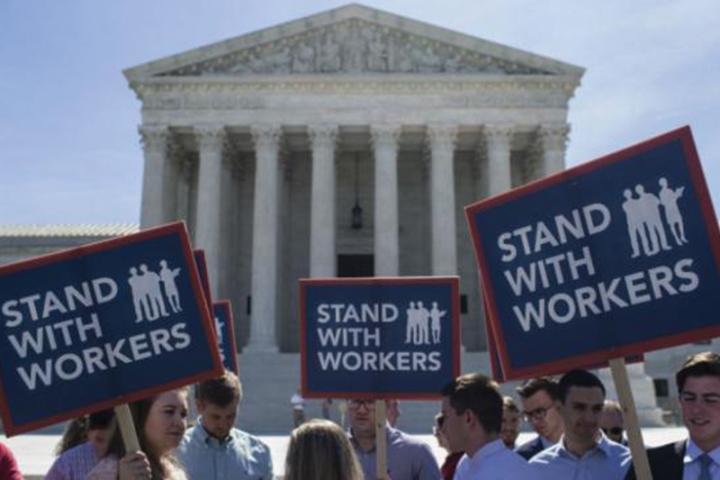 John August is the Director of Health Care Labor Relations.

The organizing campaign, led by unionized RN members from other hospitals made it very clear that until and unless nurses banded together to confront the wastefulness inherent in American health care delivery, nothing would change for the better. The unionized nurses leading the campaign were clear that they were building a movement of RNs.

In her statement of support for the organizing campaign, one of the West Penn RNs said: “We know that healthcare is rapidly changing, and will continue to do so in the pandemic. It’s essential that nurses have a real voice as those changes are implemented to ensure the highest quality of patient care.”

The foundational principle of the labor movement is “to organize the unorganized”. To the credit of thousands of working people and organizers, there are many organizing campaigns going on across the country in many industries.  We thought it would be both interesting and of value to have a look inside a large successful organizing campaign during this uniquely challenging time of the pandemic.

-Active listening to the workers’ concerns

Here is a bit of background on the organizing campaign and what we observed that made it successful:

West Penn Hospital is a 317-bed full service facility.  It is the third largest hospital in the second largest health system in the region, Allegheny Health Network (AHN).  AHN is owned and operated by Highmark, the 14th largest health insurance company in the nation.

West Penn is known for both its high quality and its Magnet designation, which includes organizational reliance on “shared governance” with its nurses.

It turned out that without the Union, “shared governance” was proving insufficient for the West Penn nurses in the time of the pandemic!

SEIU Healthcare Pennsylvania already represents three other hospitals in the 13-hospital system, including its flagship, Allegheny General Hospital (AGH).  With the inclusion of West Penn now, SEIU Healthcare Pennsylvania will continue to pursue its on-going efforts to build a community/labor partnership with Highmark and the AHN health system.  Nurses and other health care workers at the three unionized hospitals in the system have been leading on quality improvement efforts for the past seven years!

After preliminary discussions between West Penn and unionized nurses, by January, 2020, the union held general meetings.

The daily involvement of the unionized nurses in the campaign built trust and confidence that remained at the core of the ability to communicate effectively, once face to face communication had to be curtailed.

One of the most important tactical decisions of this or any union organizing campaign is to decide when to file a petition for a representation election with the NLRB. The Organizing Director for the Union, Vice President Sarah Fishbein explained:  “When the lockdown hit, while we were about to file for election, we decided not to file yet.  The board was shutting down and we did not want to signal the employer and then be left unable to move forward. So the challenge of the several months before we filed was a total unknown of what "taking the next step" would look like and when that would happen.”

In the middle of March, 2020, the nurses and the Union decided to file a petition for an election and to proceed with the campaign in the new uncharted world of virtual communication.  After procedural matters were completed and the 2-week period of not holding of elections in the early stages of the “lockdown” was lifted, Region 6 of the NLRB set July 23, 2020 as the date to mail ballots to all eligible nurses with a vote count and deadline for return of ballots set for August 14, 2020.

Organizing during the pandemic…

Unionized RNs and union organizers built their Get Out The Vote plan, using all the tools that they became confident with during the campaign: Facebook, ZOOM, telephone, and texting.  The adaptation from face to face organizing to online and virtual means was complete.

Ms. Fishbein told us that when the Employer made an effort to identify the Union as a “third party” and suggest that union dues were an unnecessary burden, the messages rang hollow and had little impact on nurse commitment to the Union.  She said that the union members who were active in the campaign succeeded in creating a nurse-driven imperative for building a nurse movement, and as such, the idea of a third party did not resonate.  Indeed, Sarah said that on the night of the election win, West Penn nurses were asking:  “where do we go to organize next?”