Remote Work: Not a New Trend 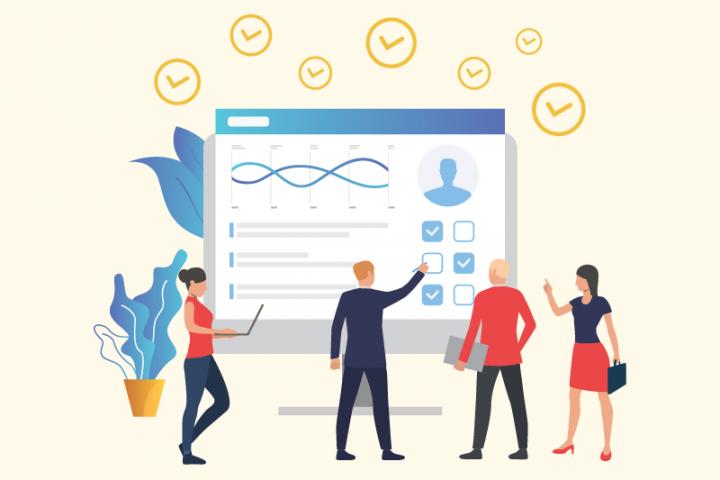 Whether as a permanently remote option, or as a perk allowing flexible work from home days, it is no question that the future of the workplace is not confined to the office. In fact, the Bureau of Labor Statistics’ American Time Use Study revealed that nearly a quarter of the employed population completed some or all of their work at home in 2019

Despite the overall increase in the acceptance of remote work flexibility, there has been some pushback over the past decade from major companies including Yahoo, Aetna, and IBM. With 40% of its global workforce without an office in 2009, IBM once boasted a savings of nearly $2 billion from reduced office space. However, the corporation would largely recant this system in 2017, when it announced that thousands of employees would need to return to the physical work environment.

The closure of workplaces due to the pandemic has forced fully remote work upon many, and it is likely that some will seek to continue working from home either more frequently than they did before. With the pandemic suddenly forcing this shift, it is important to consider certain aspects that may need to be addressed by HR professionals.

While actual hours spent on work may increase at home due to fewer in-office distractions and saved commuting time, the lack of informal encounters between workers could cause creativity and productivity to suffer. The link between chance employee collisions and increased performance has been observed and implemented through strategic workplace design in order to spur the informal transfer of knowledge. Even as employees return to the office, the guidelines necessary to keep the workforce safe will dramatically alter and limit in-person interaction for an indefinite time to come.

Another social capital related aspect to consider is networking and its tie to promotions.  Even for those in favor of a more flexible remote work arrangement, there is a prevalent belief that not being regularly present at a traditional setting could be a barrier to career advancement.

Potential Disparities and Opportunities for Inclusion

The possible disparity between those who work from home and those who primarily work in the office may be echoed in compensation packages, but this could also level the geographic playing field. Mark Zuckerberg predicts that nearly half of Facebook employees will be permanently remote workers by 2030, with salaries adjusted to reflect local costs of living. This will undoubtedly broaden the applicant pool, opening the door for those living outside of major geographic hubs. However, on such a large scale, the localization of pay and the distance from the office could present a future of fully remote workers feeling like “second-class citizens.”

The use of people analytics and data-driven human resources was already on the rise, but the shift to a more remote workforce both enables and compels this to increase. For instance, having to acquire new talent remotely will force even more interviews to be virtual, encouraging even more companies to use AI-driven recruiting platforms.

The widespread use of technology in interviews is used for more than just choosing who to hire. Last year, the global head of human capital management at Goldman Sachs described their some 50,000 recordings of candidate interviews as a “treasure trove of data” that will be analyzed to answer salient business questions.

Another powerful tool is the use of organizational network analysis, which maps informal and formal relationships in a workplace. Measuring this data now is especially germane, as it can address concerns surrounding barriers to the spread of knowledge during this time, revealing those who are left out, and those who are taking on too much  There is a rich opportunity for organizations who had previously conducted network analyses to compare how the structures shifted during the lockdown. This knowledge can be used to target where extra attention may be needed, and to help inform reopening decisions.

The reality that the COVID-19 pandemic will alter the future of the workplace in numerous ways gives HR even further impetus to act strategically. Dealing with these changes effectively, and with informed reasoning, is essential as many decisions can have a lasting impact on how the future workplace will operate.