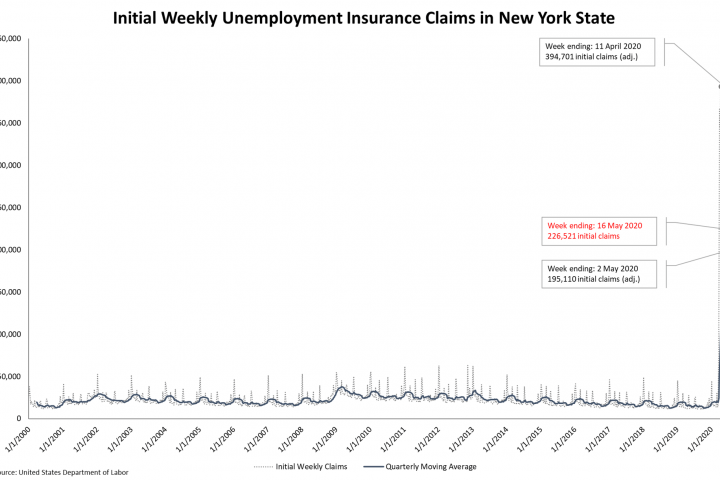 This excerpt is from Cornell's High Road Policy blog.

Continuing with a concerning trend, initial unemployment insurance (UI) claims in New York State experienced a second consecutive week-over-week increase during the week ending 16 May 2020; while, nationally, the number of claims fell for the seventh straight week. There are at least two important takeaways from these data (see the table below):

Read the rest of this article and see data at Cornell's High Road Policy blog.