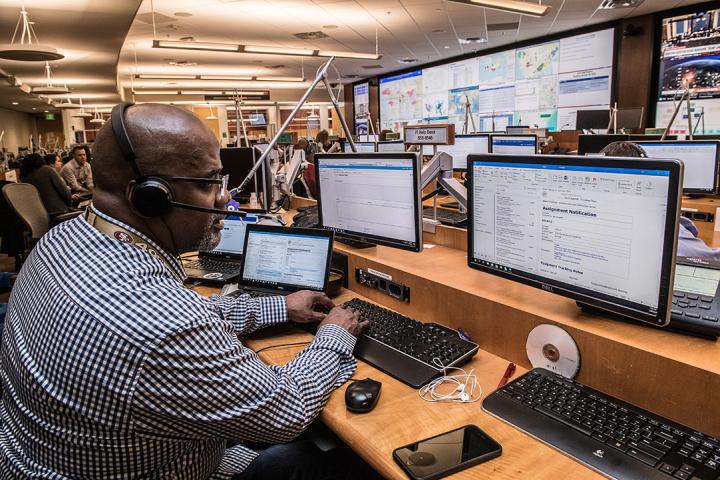 It’s no longer a matter of whether a crisis will or will not happen. It’s a matter of what type it is and when it happens. An organization (and its union) that can manage and recover from a crisis

demonstrates competence – the results can mean survival, growth, and profitability, which also means preserving and growing jobs while building reputations and trust.

Yes, it is tough to think about the unthinkable. We don’t want to imagine that things could go terribly wrong. But, if we want to be better prepared, we start by forming a team: if a workplace is organized, that team can be joint labor/management. However, within the union, having its own team can help it to address its own internal issues of preparedness and communication. The team develops a crisis plan by analyzing and evaluating the organization’s vulnerability to crises and then developing crisis response strategies and interventions. A diverse team is critical in order to better identify possible threats – what might be perceived as a crisis from some members’ points of view, may be considered routine and manageable by other members. Team members may include: upper levels of management and the union, human resources, the employee assistance program, security, health and safety, financial and legal departments, operations (including various worksites), maintenance, public relations, and (highly recommended) at least one front-line employee.

Of course, your team will probably uncover several situations that could become major problems, so how do you prioritize where to put your efforts? It helps if you review your assessment to identify the most-likely or most-damaging crises that could occur in the workplace and especially look for those that the organization is not prepared to manage. Organizations need to anticipate problems of all sorts; some examples could be: major equipment failures, serious legal trouble, lost intellectual property, a damaged reputation, or an outbreak of illness in the workplace such as Covid-19.

Next, the team reviews current policies/procedures for managing crises, and the union can look at its responses accordingly. For each crisis, the team develops a plan to respond to the problem and manage it. These plans will become the crisis response manual so everyone knows their responsibilities during a crisis. Even when plans are skeletal or the crisis unfolds in a different way than you imagined, a basic plan means that you don’t have to invent everything from scratch in the middle of a crisis. It would be very helpful to be able to head off a crisis – that would mean being able to recognize early on that one is developing so that you can respond quickly enough to make a potential crisis into a non-event. You want bad news to travel upward in the organization so that you can deal with the crisis at its earliest stages. You may want to consider recognizing/rewarding people for alerting the organization to possible hazards.

To ensure recovery after a crisis, it is essential for the organization to focus on the most basic functions of the organization, not necessarily everything you had before the crisis happened. Especially imagine what will be the needs of people – so that you can make sure that they are getting the support they need as they do the recovery work.

Further information can be found here.