Me Too: A Local Union Movement 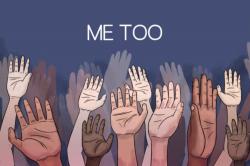 Abby Lawlor is a strategic researcher at Unite Here Local 8 in Seattle, which represents about 5,000 workers in the hospitality industries of Oregon and Washington State. The organization, mostly consisting of women workers, boasts a diverse membership and includes workers from many immigrant communities. In the interview below, Lawlor details Local 8's #MeToo campaign, which has fought against sexual harassment and assault in hotel industry since 2016. She explains how the organized efforts have not only endeavored to combat sexual harassment, but also prompted the creation of health and safety standards that improve working conditions in relation to medical coverage, workloads, and job security.

Q. Can you tell me about your role at Unite Here Local 8 and what it does?

A. I am a strategic researcher at Local 8 and I have been with Local 8 for four years. We represent hotel and hospitality workers in Washington and Oregon, largely concentrated in Seattle and Portland. We also represent [many] members at SeaTac airport and have numbers in Tacoma and Olympia. [We] are pretty evenly divided between hotels and food service.

Q. Does Unite Here Local 8 focus more on local activities? How does it work with other Locals in the US?

A. We are our own local and focused primarily on our members in Washington and Oregon. We are a part of a much larger union, and there are other units of locals that work on [attaining] similar protections, either through legislation at state [or city] level. We have worked to add protection against potential harassment and to collective bargaining agreement. Each city's work is contingent on [what] makes sense in [that] city and for their members, but we mutually share information with other locals on the cities' efforts.

Q. Can you describe the #MeToo campaign that is going on right now among hotel and service workers?

A. We launched the campaign in 2016, we called it the Seattle Protects Women Campaign, and it was an effort to pass a number of health and safety standards in Seattle hotels, including protections that were targeted at preventing and addressing sexual harassment and assault. They included requirements that hotels must provide panic buttons to housekeepers, to room servicers, and other employees that [have to go] by themselves to guestrooms. And they required the hotels post a notice on the inside of every room that there is law in place that protects workers from sexual harassment and that workers have been provided panic buttons so that guests are also aware of that policy. There is also a set of processes -- such as documenting incidents and when appropriate, asking guests to leave the hotel -- for the hotels to follow if and when workers come to management with experiences of sexual harassment or assault from guests. That was sort of the sexual harassment part of the law, and there are [also a] couple other pieces related to safe workloads for housekeepers, access to healthcare, and also job security. This was 2016, so a year before Harvey Weinstein and #MeToo came into the national consciousness. That reflects the fact that this is a longstanding issue in a lot of different industries, and that [is] one that has been felt in the hotel industry for long time by our members, in particular by housekeepers. These [policies] in particular addressed third party harassment, including harassment from guests, and really the lack of an existing protection and recourse for workers in these situations.

Q. What is the goal of this #MeToo campaign?

A. It is two-fold. One, it is to pass our initiatives and to get these protections in place for workers. We have very much approached harassment as a workplace safety issue. Addressing workplace safety issues has been a really fundamental part of the work that unions do for a long time, and this is a particular set of workplace risk that women workers experience. We wanted to take this on in the same way that you would with unsafe equipment and other kinds of workplace safety risks....But also, we try to do a lot of work in the campaign reaching hotel workers throughout the city, [in] both union and non-union hotels. [Our goal is] to raise awareness [and encourage workers to] speak out when it happens and also push back against the normalization of this kind of behavior that is unfortunately all too common in the service industry. Another goal is for workers to know that this should not be happening at work and if you do speak out about it, there can and should be actions that can be taken as a result of that.

Q. I read an article about the Initiative 124 that was passed in 2016. Can you explain this and other progress the organization has made so far?

A. That was the law that described sexual harassment protections and other safety standards. We gathered 30,000 signatures to get it on the ballot and then there was a vote on November 2016 election on the ballot in Seattle. It was passed with 77% of voters voting yes, which was a pretty incredible margin, and it reflected the fact that this was such a common sense issue for people. [Voters] were shocked to learn that this was reality, that this was something that was going on. The law was signed into effect in November 2016 and has been in effect for about a year and a half now. Unfortunately, there is an ongoing legal challenge from the hotel industry. These have been the challenging parts of [the law's] implementation but having panic buttons and posting notices in all the restrooms was a very exciting change that happened as the result of the passage of the Initiative. Full text of the Initiative 124 can be found here: http://clerk.seattle.gov/~cfpics/CF_319639k.pdf

Q. Can you explain what kind of challenges Local 8 is experiencing?

A. As with any law, it is one thing to be on the book and the other thing to be followed by employers and constantly work to make sure that workers know their rights and have ability to exercise them. There are almost a hundred hotels in the city and about 7,500 housekeepers who are working in Seattle. [Seattle residents] speak a variety of languages and a lot of work is needed to be done to make sure that everyone knows their rights. [Efforts are] ongoing to have employers understand the law and implement it in the ways we would want.

Q. I see that many hotel or service industry workers are immigrants and/or undocumented. Can you tell me the percentage of immigrant/undocumented workers Unite Here Local 8 is working with?

A. I can share with you a report on that from 2012 (http://pugetsoundsage.org/wp-content/uploads/2014/10/Our-Pain-Their-Gain-The-Hidden-Costs-of-Profitability-in-Seattle-Hotels.pdf). Certainly, a majority of the housekeeping workers are immigrant workers. I think there is a pretty even split of workers from Asia, Latin America, and Africa.

Q. How would you describe the situations of such immigrant women workers regarding sexual harassment? Are there any particular difficulties for them?

A. Definitely. I think in particular if your manager does not speak the same language as you or perhaps has a different set of cultural messages, it is more difficult for workers to feel comfortable to come forward and report. There is also a heightened fear of retaliation, whether it is on the basis of non-citizenship status or people just have fear about job loss. A component of Initiative 124 provides protection [against] retaliation, no matter the citizenship status, for workers who make a report of sexual harassment and are subsequently disciplined or fired because of it. Now the burden is actually on the employer to prove that it was not retaliation, instead of the difficult situation where the burden is on the employee to prove that there was a retaliatory action. There is an additional level of protection now for workers [who] want to report harassment or to report some [other] violation of their rights.

Q. Are there any additional changes Unite Here 8 is looking forward to making?

A. It is important for us to look at the problems that workers are facing in a more holistic fashion, and one of the things that workers have identified is feeling unsafe as they go about their work. Because of the pace at which they are forced to work so quickly and complete their workload everyday, the workers are not always able [to take the] steps [in order] to keep themselves safe from harassment and other kind of injury. So we are working [to reduce] the amount of work they are required to do in order for them to do their job safely. This is needed so that people [do not have to endure] lifelong debilitating injuries and so that they [can safely] support themselves and serve the hotel guests. There is also a longer [impact on] their overall economic security. The more stable someone is, the more able they are going to be to speak out about harassment and to stand up. There are a lot of interconnected issues.

Q. Can you tell me about future prospects for this campaign? What do you think is going to happen in the future?

A. I think it has been really exciting to see over the course of the last couple of months how people pay new attention to women's experiences of harassment and assault, [especially] how this plays out in the workplace and how really damaging this can be to workers. And think it's valuable just to have the conversations to acknowledge in some way the experiences that the low waged women workers experience. I think the piece that we would really want to see moving forward and something we very much emphasize is that we can actually make policy around this issue whether that is legislation or collective bargaining. Instead of just having questions of how do we respond to this issue after workers experience, we think what can we do proactively upfront to try to prevent this stuff from happening in the first place or how do we try to intervene through, [for example, the use of panic buttons and other tools that keep workers safe. People often grapple with the question of, 'Can I come forward and can I speak out after something has happened?' but also, can we actually not even get to that point by preventing it from occurring? In the midst of all, I think this discussion is hopeful just thinking about policy and about what we can be doing to prevent these kinds of things.

Q. What would you want other people to know or do about immigrant women workers in this industry?

A. Good question. I guess just know how hard they [hotel staff[ work. It is incredibly difficult work for a number of different reasons. They experience both the physical demands of the work and the stress of having to work with guests and interact with the public. And also please know that workers are organizing and fighting back to make these jobs better and that there are real things that we can and should be doing to make these jobs safer and more secure for the women who do these jobs and they are leading the ways in terms of making the changes.

Q. Is there a way other people can support this campaign by actually doing something?

A. We have a petition online that folks can sign. There has been a challenge to the law in Seattle. Go to SeattleProtectsWomen.org and there is a tab at the top #MeToo that goes to the petition [to support the workers]: http://www.seattleprotectswomen.org/metoo/