Cranes in the Sky 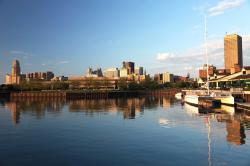 We spend all this time,
Wondering who exactly is they
Who exactly am I

Because we want to end the fear

Spread the information
So our message is clear

The ones with the all the control

Are all of those who can’t live in a tower

Yet, their voices go unheard
While the fact of their impoverishment, their enslavement
Becomes increasingly absurd

The lazy are many while the hardworking are few

So we riot, we rally
We yell, fight, and scream
To reframe the narrative

Just to prove this isn’t some nefarious scheme

To rob anyone of their will
But to ensure everyone has a fighting shot, even still

He really wasn’t going to do anything about it

He would have, let it slide

But, he could have used a thousand dollars
Maybe to help put the world on his side

We must co-operate
To fight our invisible oppressors

We must show solidarity
To stop our violent aggressors

We know our worth

We know our capacity

We know our names