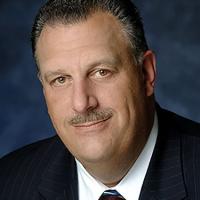 Since 2009, Gary LaBarbera has served as President of the Building and Construction Trades Council of Greater New York, comprising local affiliates of 15 national and international unions representing 100,000 working men and women in NYC, and, in 2021, was elected President of the New York State Building and Construction Trades Council, comprised of 15 local building trades councils, 12 district councils and state associations, and 135 local unions and represents 200,000 tradespeople across the entire state. As President of the New York City Building Trades, Gary has embarked on ambitious negotiations for project labor agreements (PLA) to provide labor cost savings to advance major public and private projects at risk of stalling due to the economic recession, resulting in excess of $100 billion in public sector project labor agreements with the City of New York and the New York City School Construction Authority, including a landmark PLA with the New York City Housing Authority that is providing men and women across NYC paths to middle-class careers in the building trades through their pre-apprenticeship and apprenticeship programs. Under his leadership, the building trades have become a model of inclusivity – with the majority of NYC’s union construction workers now being minority men and women.