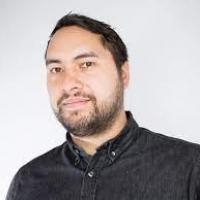 Jonathan Westin is the executive director of New York Communities for Change, one of the largest community-based organizations in New York. Jonathan began his organizing career in 2006 in his home town of St. Paul Minnesota, after studying sociology at Northwestern University. He helped coordinate a drive to register 20,000 new voters in Minnesota. After moving to New York, Jonathan organized homeowners in Southeast Queens to fight the foreclosure crisis, resulting in the 2008 statewide passage of one of the strongest anti-foreclosure laws in the country. Jonathan then shifted his focus to education; working in coalition with the Alliance for Quality Education he organized parents around issues of school funding and education policy in New York State. He was instrumental in driving the millionaires’ tax campaign in New York helping to stop significant cuts to the school funding. Jonathan has also worked tirelessly to ensure that parents have a voice in public education. Jonathan was a finalist for the Maria Leavey Award, a national award for unsung heroes in community organizing, for his role in elevating the Occupy movement.