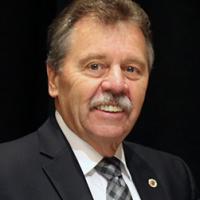 Dennis Trainor was unanimously elected Vice President of CWA District One in June, 2015. His election to the CWA’s top regional position capped a career dedicated to advancing the rights of working people. As regional Vice President, he leads 140,000 workers in telecommunications, public sector, media and broadcast, health care, airlines and manufacturing across New York, New Jersey and New England.

In April and May of 2016, Dennis led the successful 49-day strike of 40,000 Verizon workers up and down the East Coast, the largest strike in the country for the last five years.  He also played a critical role in resolving the 17-week long IUE-CWA strike against Momentive Performance Materials in Waterford, NY in the winter of 2016-2017, including negotiating a back-to-work agreement that returned all the strikers to their jobs.

Prior to his election as Vice President, Dennis had served for ten years as Assistant to the Vice President of District One. In that role, Dennis had primary responsibility for collective bargaining throughout the region, which involved hundreds of collective bargaining agreements covering all members in District One.  He served as the Verizon Regional Bargaining Chair for the 2008 and 2011 bargaining.   He also chaired the AT&T East bargaining for the last five contracts and negotiated a new agreement with Frontier Communications when it purchased AT&T East.

Dennis was appointed the Downstate New York and Connecticut Area Director for CWA during bargaining with Verizon in 2003. As Area Director, Dennis supervised all of the CWA staff assigned to Local Unions in downstate New York and Connecticut and co-chaired the 2003 Verizon Regional Bargaining with the then Assistant to the Vice President Chris Shelton.

Dennis went to work for the New York Telephone Company in 1969 as a splicer’s helper. He started his union career during the seven-month long strike against New York Telephone in 1971 when he was elected shop steward in CWA Local 1101. He was elected chief steward in 1975 and represented the Bronx Construction Department in NY Tel. He held that position for eleven years until he took over the chief steward’s position in the Empire City Subway Company. He negotiated break out wages for many of the crafts in Empire City Subway during bargaining in 1991 and 1994.