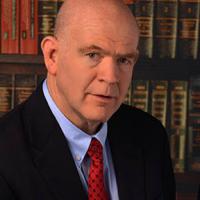 Richard Lanigan was elected to serve as president of the Office and Professional Employees International Union (OPEIU), AFL-CIO, at its 27th Convention in June 2016. He was first appointed president by the OPEIU Executive Board in December 2015, following the resignation of Michael Goodwin. He was also appointed to the AFL-CIO Executive Council in February 2016.

After working his way through college as a union member, Mr. Lanigan joined OPEIU Local 153 as an organizer in 1980. Soon he was promoted to business representative, where he gained experience negotiating contracts. In 1987, he enrolled in law school as an evening student and upon admission to the bar served for a time as assistant to the OPEIU general counsel.

In 1994, he was elected secretary-treasurer of Local 153, OPEIU’s largest local union. Elected International vice president in 1994, Mr. Lanigan worked with OPEIU local unions facilitating mergers, conducting hearings, filing unfair labor practice charges, and assisting with affiliations, strikes, contract campaigns and grievances. He has chaired the Constitution Committee at seven OPEIU conventions, and taught at OPEIU educational conferences and conventions. He negotiated on behalf of several OPEIU local unions under a master agreement in the maritime industry for 20 years. Representing OPEIU local unions in jurisdictional disputes under Article XX of the AFL-CIO Internal Disputes Procedure, he won many decisions including the Hawai’i Nurses’ Association case in 2010, which determined that 4,000 nurses could be members of OPEIU.

Mr. Lanigan serves as a trustee on several benefit funds, including those of OPEIU and Local 153, Emblem Health and Perishable Food Industry Pension funds and was certified in 2013 by the International Foundation of Employee Benefit Plans under its Trustees Masters Program.

Mr. Lanigan received OPEIU’s highest honor for organizing, the Henderson B. Douglas Memorial Award, in 1998 when 3,000 teachers joined Local 153, and again in 2005. In 2007, he received the OPEIU Silver Organizing Award. He has been honored by the NAACP and the Boy Scouts and has received the Ellis Island Medal of Honor. The 26th OPEIU Convention in 2013 recognized his work representing local unions regarding unfair labor practices and Article XX. In 2014, the Federation of Catholic Teachers presented him with its “Diamond” award. During 2013-2014, he represented OPEIU in the inaugural AFL-CIO National Labor Leadership Initiative program.